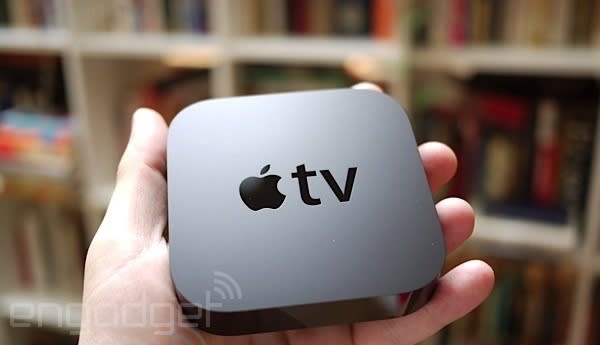 It's been a long, long time since Apple refreshed its streaming box, the Apple TV. And it looks like that won't be changing anytime soon. Now, that's not to say the company has forgotten about the platform; in fact, since the last hardware update, Apple's made its set-top ecosystem more robust by adding a myriad of third-party entertainment apps, making the tiny box a must-have for most any living room. With that in mind, today at its highly anticipated "Spring forward" event, Apple announced that Apple TV will now start at $69 -- $30 less than its previous MSRP. The new retail price comes on the heels of the announcement that HBO Now will be exclusive to Apple hardware, including the iPhone, iPad and, of course, Apple TV.

At this rate, the next chance we'll get to see a new model will be at WWDC later this year. Is it actually going to happen, though? Well, we wouldn't hold our breath. But, you know, stranger things have happened. In the meantime, a new price tag and HBO Now is all you get -- and for some people, that may be more than enough.

In this article: Apple, Apple TV, AppleTV, applewatchevent2015, hdpostcross
All products recommended by Engadget are selected by our editorial team, independent of our parent company. Some of our stories include affiliate links. If you buy something through one of these links, we may earn an affiliate commission.