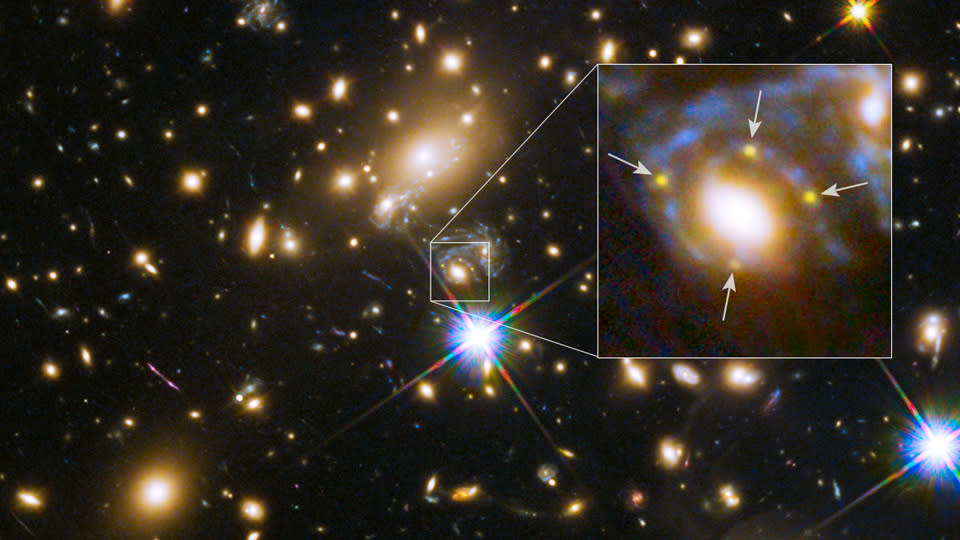 Gravity can play a lot of tricks with light, and we're not just talking about black holes. Take this recent Hubble Space Telescope discovery from UC Berkeley's Patrick Kelly, for example: those four lights are actually a distant supernova magnified and split into four images by the gravitational lensing of a giant galaxy. Besides looking cool, the image promises to be a gold mine for astrophysics. The time delay between those four lights will let researchers study both the properties of the exploding star and the galaxy, including the presence of dark matter. The best part? Due to the light's unusual path, there's a good chance that scientists will get a "rerun" in a few years if they want to see it again.

In this article: astronomy, astrophysics, bigpicture, darkmatter, gravitationallensing, gravity, hubble, hubblespacetelescope, science, space, supernova, thebigpicture, UcBerkeley
All products recommended by Engadget are selected by our editorial team, independent of our parent company. Some of our stories include affiliate links. If you buy something through one of these links, we may earn an affiliate commission.