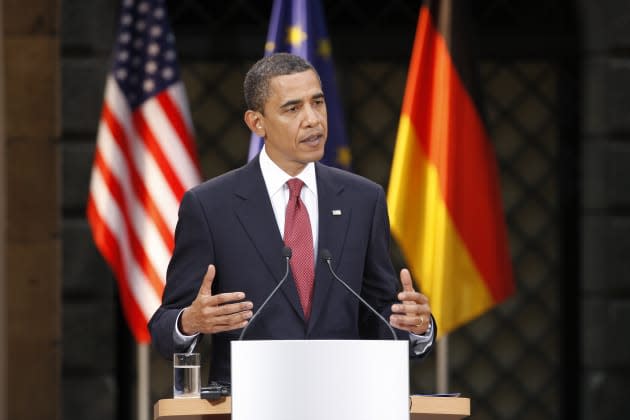 America is suffering from a lack of tech-savvy workers, and that's one of the reasons that wages are stagnant. It's enough of an issue that President Obama is launching TechHire, a program designed to get citizens into well-paid jobs in the technology sector. In short, the scheme is a way to increase STEM knowledge, connect workers to opportunities and break down the barriers between giving people a chance.

The first part of TechHire involves connecting companies and districts, which will work together to connect skilled workers to jobs they may not have found. In addition, those companies will launch "fast track" programs to help train people whilst on the job. Second, a new federal fund of $100 million will be put in place to bankroll new training opportunities for low-skilled workers. This process will also look to empower people with child care responsibilities, non-English speakers and those with disabilities.

The third element of the plan is to get private companies to run "coding bootcamps" to women, veterans and minorities. Rather than expecting employees to study for a four-year degree, these bootcamps would be run across a few months and help people get their foot on the ladder of a new job. The program has already been trialled in communities like Louisville, NYC and Delaware, and now 21 communities are getting involved. The plan has support from some big names in the tech world, including Microsoft, Cisco and LinkedIn -- helping the President affirm his commitment to put science and technology at the heart of his plans.

In this article: Microsoft, Obama, Politics, TechHire
All products recommended by Engadget are selected by our editorial team, independent of our parent company. Some of our stories include affiliate links. If you buy something through one of these links, we may earn an affiliate commission.