Jay Z's bid to buy a Spotify competitor is back on (update: done!)

Jay Z might not get his own Spotify rival after all 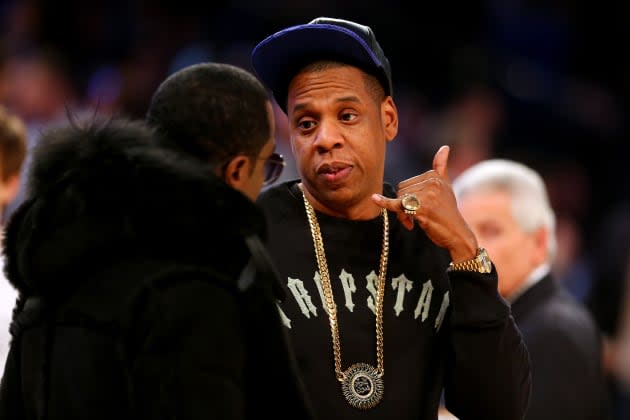 You might be expecting a riff on one of Jay Z's lyrics to preface the news that stockholders have apparently approved Hova's bid for music-streaming outfit Aspiro. Sorry, it's not happening; instead, the excellent photo above will just have to suffice. Anyhow, with today's looming deadline to make a decision, Swedish news outlet E24 reports that Aspiro's minority shareholders have decided it was best to accept the 464 million Krona (roughly $56 million) bid from S. Carter Enterprises' "Project Panther." Next up? Most likely, an official announcement from both parties and then something from a governing trade body saying that the sale's been approved. If you need something to do until then, you could always dig an old Samsung phone out of the drawer, fire up the Magna Carta app and remind yourself of Jay's last streaming move.

In this article: aspiro, JayZ, music, purchase, streaming, StreamingMusic, Tidal, wimp
All products recommended by Engadget are selected by our editorial team, independent of our parent company. Some of our stories include affiliate links. If you buy something through one of these links, we may earn an affiliate commission.