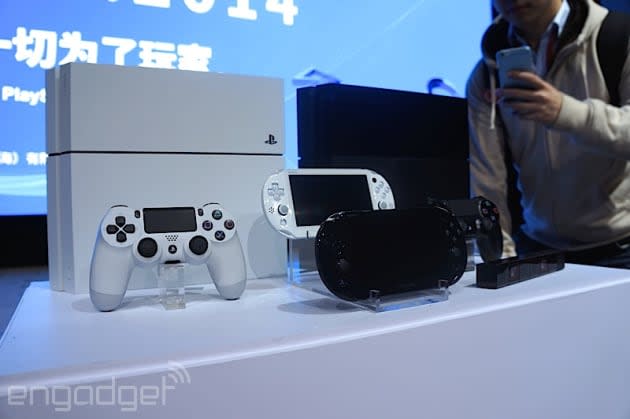 Confirming the leaked information from last week, Sony announced tonight that it's testing a big update for the PS4. Codenamed "Yukimura", v2.50 it will add the Suspend/Resume feature we've been awaiting since before the system launched. That feature will let gamers put the system in standby, then come right back and resume playing like nothing happened. According to a blog post the feature will be supported by "almost" all PS4 games, although there's no word yet on which ones. We're also getting the ability to upgrade PSN sub-accounts to Master accounts (especially useful for gamers that have gone from kids to adults since the PS3 launched), 60fps Remote Play / Share Play and the ability to find the PSN account of your Facebook friends. Other features that leaked out have also been confirmed. As a part of an accessibility update, the PS4 will let gamers reassign buttons to suit their needs, but it doesn't stop there. They can also enable text to speech, enlarge text, invert colors, increase contrast just on the UI, zoom into pictures and more. For players with any number of disabilities, these changes will be a significant help and we applaud Sony for adding these features.

Besides that, Trophies are getting tweaked, with the ability to take a screenshot at the moment a trophy is earned so you can show it off. If you have a 0 percent completed game that you don't intend to go back to, you can just delete it from the trophy list, and the ones that are left will have new sorting options. Finally, it's also adding the ability to share video clips to Dailymotion.

We're still waiting for word on features like friend notifications and DLNA, but in the comments of the post, Sony's Scott McCarthy says "We want PS4 versions of these features, not a cut/ paste from last gen. Stay tuned." The only other question not answered so far is exactly when this update will arrive, but if the leaks continue to hold true then we should see it on PlayStation 4 consoles either this month or in April.

In this article: 2.50, accessibility, dailymotion, facebook, hdpostcross, playstation4, PS4, RemotePlay, SharePlay, sony, suspend, update, yukimura
All products recommended by Engadget are selected by our editorial team, independent of our parent company. Some of our stories include affiliate links. If you buy something through one of these links, we may earn an affiliate commission.