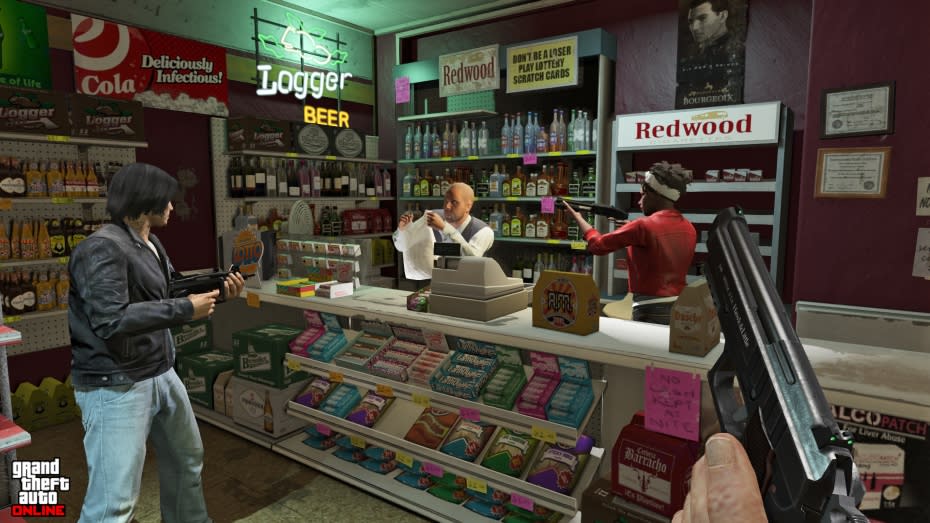 As part of a major initiative to get the UK into coding, the BBC is creating a new TV show based on the making of Rockstar's best-selling game series Grand Theft Auto. Not much is known about the show; the BBC simply states that a "new BBC Two drama based on Grand Theft Auto" is on its way. According to Guy Cocker, who has been working on the show, the drama will be based on the making of the game, rather than the game itself. A release date for the show hasn't been nailed down yet either, although the related "Make it Digital" campaign kicks off this fall, which may give us a clue.

The BBC drama I've been developing about the making of Grand Theft Auto has been announced: http://t.co/uTnP8fUImv (thanks @cymrogav)

The BBC's "Make it Digital" campaign is mainly targeted at 11-to-12-year-olds (who are too young to legally buy the games in the UK), but also includes an element that aims to create 5,000 trainee positions for unemployed teens and generally improve the country's tech literacy. We reached out to the BBC for more on the Grand Theft Auto project, and will update this article accordingly.

Apparently, the show will be a one-off, feature-length drama running 90 minutes. Grand Theft Auto was made in the UK, of course, and the drama will center on the minds behind its creation. Perhaps it'll be something like David Fincher's The Social Network, but replacing Facebook with GTA, the USA with Scotland and Zuckerberg and co. with the many minds that worked on the game. Additional drama will no doubt come from the scores of onlookers who called on the British authorities to ban Grand Theft Auto.

In this article: bbc, drama, entertainment, grand theft auto, make it digital, rockstar, tv
All products recommended by Engadget are selected by our editorial team, independent of our parent company. Some of our stories include affiliate links. If you buy something through one of these links, we may earn an affiliate commission.