Goodyear's working on an energy-harvesting tire 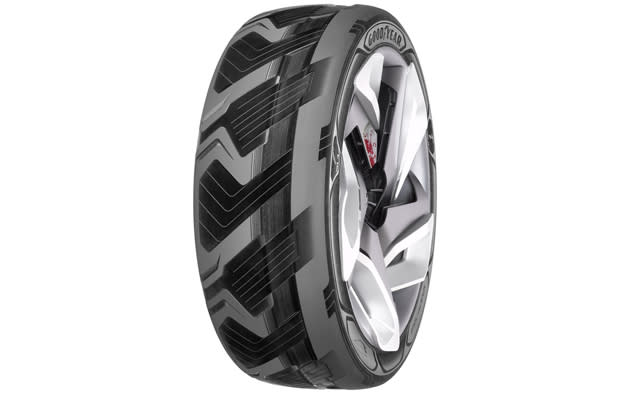 It's a fundamental principle of physics that when you use energy, say to run an electric car, some of it is lost. Companies have tried to overcome this by installing hardware that harvests this lost heat, most famously in regenerative braking. Goodyear is hoping to do a similar thing with tyres, dreaming up a product that could, theoretically, convert the heat generated from the friction of movement back into power for the battery.

The romantically named BHO3 would work in one of two ways. Either, the company would add in thermoelectric materials that could absorb heat as the rubber rolls along the road. Alternatively, it could use a piezoelectric substance that would generate power when compressed. Unfortunately, such technology only resides in the imagination of Goodyear's design team and isn't expected to exist for another 15 years. Hopefully, before then, Elon Musk will have gotten laser-powered hover vehicles to the point where we can all buy one.

In this article: BHO3, ElectricCars, Electricity, Energy, Goodyear, Tesla
All products recommended by Engadget are selected by our editorial team, independent of our parent company. Some of our stories include affiliate links. If you buy something through one of these links, we may earn an affiliate commission.