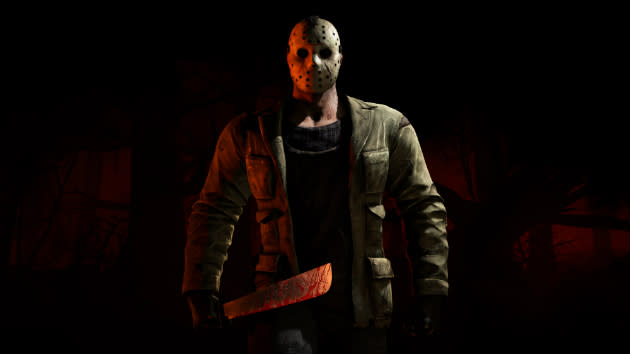 Round 1, FRIGHT! Jason Voorhees, the hockey-masked murderer from the classic Friday the 13th horror films, will be a playable character in Mortal Kombat X. Jason joins the fight as part of the Kombat Pack DLC pass, which includes four playable characters (including Jason), plus the Samurai Pack with three character skins: Ronin Kenshi, Samurai Shinnok and Jingu Kitana. The Kombat Pack is $30, though in the Americas it comes packed in with more expensive, special editions of the game -- The Kollector's Edition is $150, the Limited Edition is $100 and Premium is $90. Mortal Kombat X launches on April 14 for PC, Xbox One and PlayStation 4; the Xbox 360 and PS3 versions have been delayed until summer. Sharpen your fighting skills (and your machete collection), and check out the Mortal Kombat X Jason teaser below.

In this article: friday, FridayThe13th, hdpostcross, JasonVoorhees, mortal kombat x, mortalkombatx, netherrealm, WarnerBros, WB
All products recommended by Engadget are selected by our editorial team, independent of our parent company. Some of our stories include affiliate links. If you buy something through one of these links, we may earn an affiliate commission.