Robots need to make us happy and know when we're sad 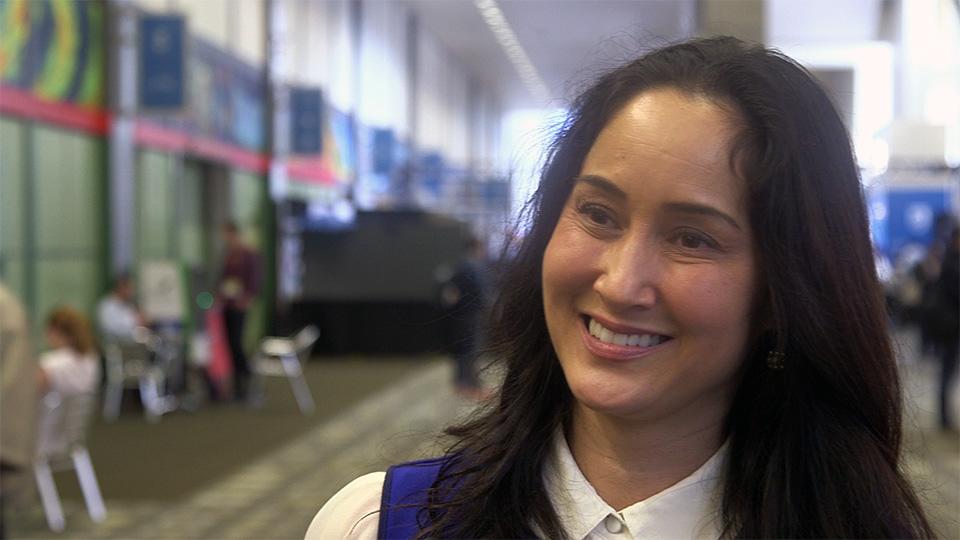 Cynthia Breazeal has a pretty impressive resume. She's the director of the personal robotics group at the MIT Media Lab, creator of the landmark Kismet robot and now she's the founder, CEO and chief scientist at Jibo. If you're not familiar with Jibo, take a moment to go check out its incredibly successful Indiegogo page. The goal is to create the world's first "family robot." It's cute, friendly and smart. Or at least, it will be when it's delivered to customers. Breazeal acknowledges that other robots and artificial intelligences have made their impact felt in the home, but they've hardly become ubiquitous. For her the key isn't about building a robot that performs some specific function, but about building a relationship with the family, which is the core of any household. People need to feel an emotional bond with their bot. Perhaps not as strong as the one they feel with their dog, but more than they feel with their microwave. Breazeal isn't a huge fan of the word "emotional," however; She thinks it's too loaded. The phrase she used during her talk at this year's South by Southwest was "socio-emotive AI." The concept is less about the robot's ability to express emotion, and more about its ability to read emotional and social cues. As she explained, robots should never show "false emotion." Meaning that robots should not express emotions they don't feel. Faking emotion would probably create something like an emotional uncanny valley.

Instead the goal is to learn from social cues. She offered the example of another robot she helped develop at MIT, called Leonardo. This mogwai-like bot learned how to react to objects and other stimuli by seeing others react to it. In the video below, from a TEDTalk Breazeal gave some years ago, Leonardo listens to someone talk about Cookie monster (jump to about 2:05). And its not just the words used, but the tone of the person's voice that informs his reaction. Being able to pick up on subtleties like this will be the key to robots successfully integrating themselves into our daily lives.

And that could happen very soon. Breazeal sees the robot revolution just on the horizon. As she told us in an interview off stage it's a combination of things all aligning at once. It's partially a mater of computing power. The complex AI and vast amount of data that needs to be mined to master this kind of social learning is relatively new. As a society we're also far more comfortable interacting with technology. We talk to our phones and they talk back... and nobody bats an eye. But most importantly she tells us, it's a matter of cost. Robots are never going to find a place in our homes, no matter how smart or cuddly they are, if they cost thousands of dollars.

In this article: Cynthia Breazeal, CynthiaBreazeal, jibo, robots, sxsw, sxsw2015
All products recommended by Engadget are selected by our editorial team, independent of our parent company. Some of our stories include affiliate links. If you buy something through one of these links, we may earn an affiliate commission.