Bloodhound’s supersonic car hit 628MPH in under a minute

Bloodhound will test its supersonic car in Africa this October

The Bloodhound supersonic car project is back in action 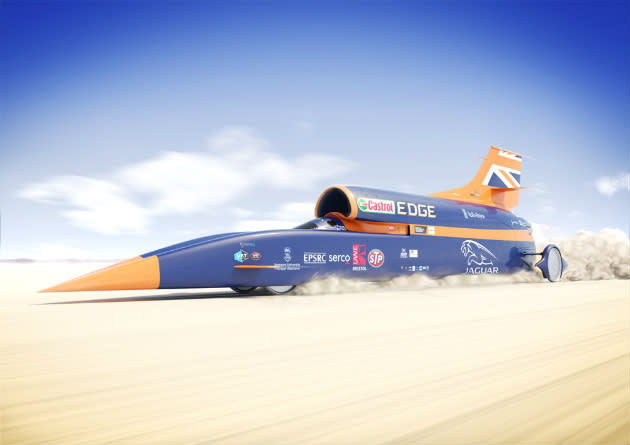 Designing a car that can break the world land speed record is a tricky balancing act. It has to be incredibly fast and lightweight, while also offering unparalleled protection on the track. Not only in case there's a conventional crash, either; even a tiny pebble could have devastating consequences for a vehicle travelling at up to 1,000mph. To protect the British Bloodhound supersonic car, which Andy Green will be piloting in a record-breaking attempt later this year, the team has developed special panels that are effectively bulletproof. They're constructed from millions of woven glass fibres that intentionally fray and soak up energy when hit by a fast-moving projectile. In the video below, engineers test their durability by firing a small shard from a cannon. Thankfully they're up to the task, giving Green one less worry when he tries to break the current record (763mph) in South Africa.