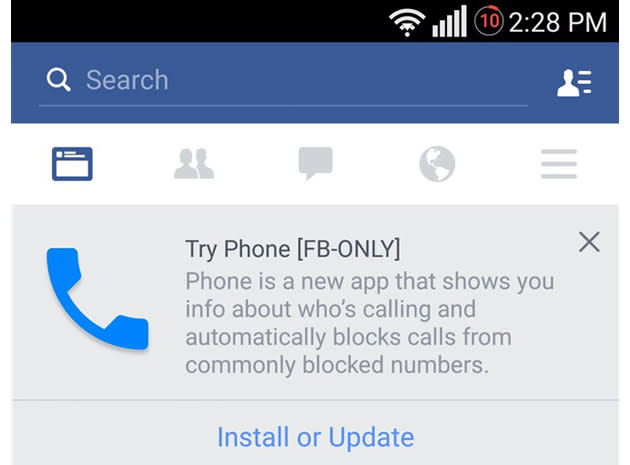 Facebook isn't done trying to replace your Android phone's software just because Home fizzled out. Android Police tipsters have spotted the social network testing a dialer app that would not only show more info about who's calling, but stop calls from "commonly blocked numbers." In theory, this would prevent telemarketers and technical support scams from getting through even when you don't recognize their digits. It's not clear if or when this dialer will ever see the light of day -- these kinds of tests happen all the time. If it launches, though, it could be one of the few standalone Facebook apps that you actually want to use.

In this article: android, app, dialer, facebook, mobilepostcross, phone, robocalls, smartphone, telemarketing
All products recommended by Engadget are selected by our editorial team, independent of our parent company. Some of our stories include affiliate links. If you buy something through one of these links, we may earn an affiliate commission.