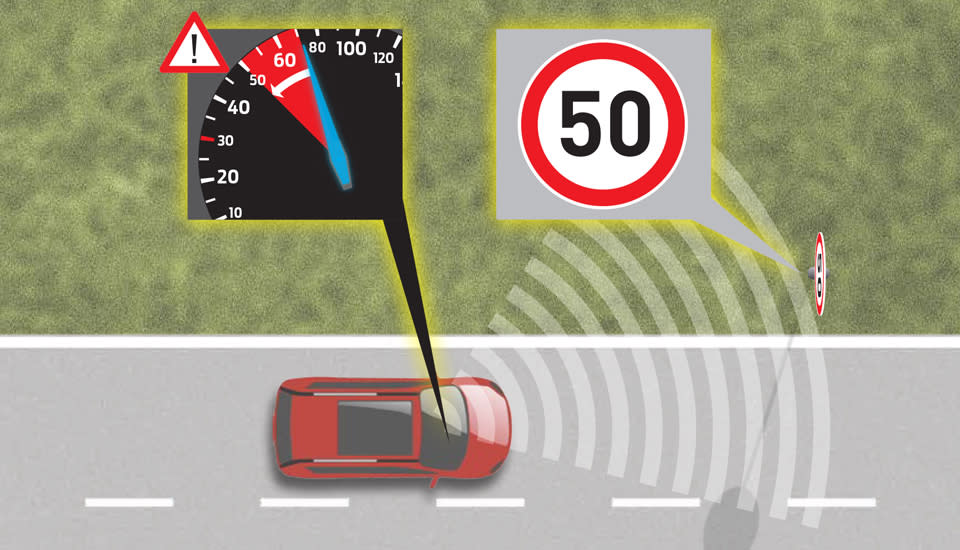 A camera mounted on the windshield scans the road signs on the sides of the highway and, when the vehicle enters a 20mph zone, the system reduces the top speed to match. Rather than controlling the speed with automatic braking, the car limits its own velocity by adjusting the amount of fuel being pushed to the engine.

If a burst of speed is required, however, users can either deactivate the system by pressing a button on the console or temporarily get past it with a hard press on the gas pedal. If the vehicle is coasting downhill and starts to build up speed, the car will sense its motion and sound an alarm to get you braking. It's not the only bit of new safety tech available on the new whip, either, since deep-pocketed motorists can also get pedestrian detection and collision warnings. That frees drivers up to wonder why any car firm would call a car SMAX and think we wouldn't notice.
In this article: Ford, IntelligentSpeedLimiter, SpeedLimit, video
All products recommended by Engadget are selected by our editorial team, independent of our parent company. Some of our stories include affiliate links. If you buy something through one of these links, we may earn an affiliate commission.