After US Capitol assault, a different cybersecurity threat emerges

SolarWinds hackers accessed some of the DOJ’s email accounts 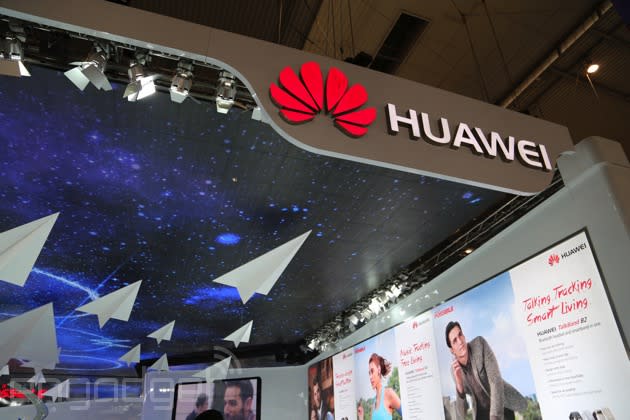 For years, the UK government has been concerned that Huawei's networking equipment is aiding the Chinese government and threatening national security. In Britain, the company supplies major network providers such as BT, O2 and EE, which only amplifies the anxiety of politicians and security advocates. In 2012, Huawei opened a "Cyber Security Evaluation Centre" to alleviate some of their fears. It's designed to test all incoming updates to Huawei hardware and software used on UK networks. The problem is that all of the staff are employed by Huawei; in 2013, the UK's Intelligence and Security Committee said it was concerned about the arrangement, which effectively relies on self-policing. The government agreed, and said it would investigate the processes inside the centre.

Now, the results of that investigation have come to light, and it's good news for Huawei: inspectors say the evaluation centre is sufficiently independent from the rest of the company. An audit by Ernst & Young found "no major concerns" about the way it was being run. In particular, investigators looked at staff clearances inside the building, as well as the processes for budgeting and assigning bonuses from Huawei. The Oversight Board leading the review also took guidance from GCHQ, which normally deals with the centre on the government's behalf. The security agency said it was "confident" in the centre's technical assurances, which include regular product and security evaluations.

"Any risks to UK national security from Huawei's involvement in the UK's critical networks have been sufficiently mitigated."

In its report, the Oversight Board concluded: "In the year 2014/15 (the centre) fulfilled its obligations in respect of the provision of assurance that any risks to UK national security from Huawei's involvement in the UK's critical networks have been sufficiently mitigated." So Huawei is in the government's good books, for now. The evaluation centre is just one part of the supply chain and, to safeguard the UK's networks and communications, these inspections will continue on a regular basis. Huawei may never win the support of its harshest critics, but this report could go some way to putting their minds at ease.

In this article: cybersecurity, gchq, Huawei, national security, security
All products recommended by Engadget are selected by our editorial team, independent of our parent company. Some of our stories include affiliate links. If you buy something through one of these links, we may earn an affiliate commission.