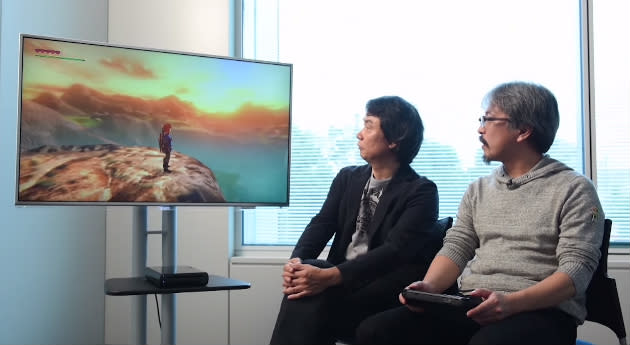 Nintendo's Legend of Zelda game in development for Wii U is no longer due out in 2015, producer Eiji Aonuma announced in a video (embedded after the break) today. "I must apologize to you all that were expecting the game by year's end, but we are no longer making a 2015 release our number one priority," Aonuma says. "Instead, our priority is to make it the most complete and ultimate Zelda game. I hope to use the added time to make The Legend of Zelda for Wii U into a game that will reward you for your patience, so thank you for your continued support."

Since reiterating the 2015 launch window at The Game Awards in December, the Zelda Wii U development team has discovered more possibilities to add to the game's open world, Aonuma says. He continues:

As we have worked to turn these possibilities into reality, new ideas have continued to spring forth, and it now feels like we have the potential to create something that exceeds even my own expectations. As I have watched our development team progress, I have come to think that rather than work with meeting a specific schedule as our main objective, and releasing a game that reflects only what we can create within that scheduled time, I feel strongly that our focus should be to bring all these ideas to life in a way that will make The Legend of Zelda on Wii U the best game it can possibly be.

Nintendo revealed the Wii U version of The Legend of Zelda in June 2014, during E3, and even then Aonuma promised "new opportunities" never before seen in the franchise's rich history. During the Game Awards demo in December, Aonuma and original Zelda designer Shigeru Miyamoto showed off an expansive open world and some fresh combat tricks, including the protagonist, Link, leaping from the back of his steed, Epona, and engaging in some slow-motion archery.

In this article: hdpostcross, LegendOfZelda, nintendo, video, WiiU, Zelda
All products recommended by Engadget are selected by our editorial team, independent of our parent company. Some of our stories include affiliate links. If you buy something through one of these links, we may earn an affiliate commission.