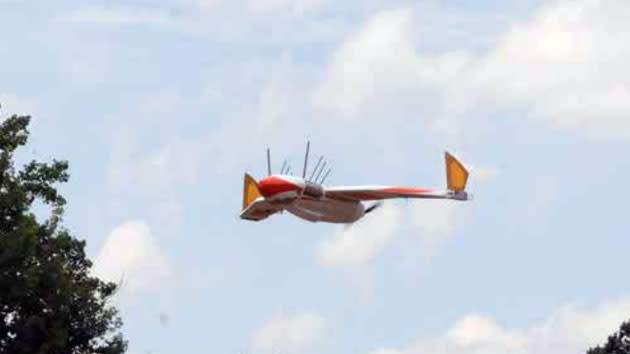 There are plenty of flying and swimming drones, but you'd ideally have both at once for sub-hunting -- you want something that can poke its head underwater, but move quickly through the air when needed. The US Navy certainly knows this. It's developing a duck-like drone, the Flimmer, that can both fly and swim. In addition to both a rear-facing propeller and wings, its latest incarnation has four fins that adapt to what the robotic craft is doing. In flight, they serve as stabilizers and canard wings; in the sea, they flap to give the machine a speed boost.

There's still plenty of tweaking left. The lab wants to perfect the Flying WANDA model's landing technique so that it can dive into choppy seas, for one thing. If the project pans out, though, the Navy won't have to rely quite so much on stationary sonar buoys to watch out for enemy subs -- they can simply send out a few drones and have them move when an area is clear.

In this article: drone, flimmer, flying, flyingwanda, NavalResearchLaboratory, navy, robot, submarine, swimming, uav, usnavy, wargadget
All products recommended by Engadget are selected by our editorial team, independent of our parent company. Some of our stories include affiliate links. If you buy something through one of these links, we may earn an affiliate commission.