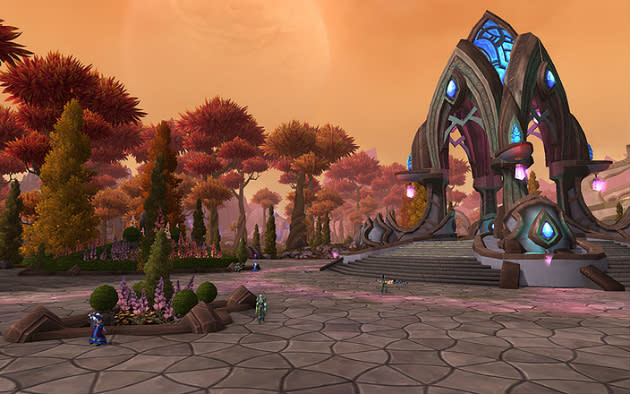 Players in Crimea can no longer access Battle.net, the service that houses Blizzard games World of Warcraft, Diablo 3, Hearthstone and others, The Moscow Times reports. Blizzard blocked its games in response to US sanctions against Crimea -- Google, Apple, PayPal and Valve have also suspended service to the region, the site says. The Moscow Times pulled its Blizzard report from Russian site Geektimes.ru, which published an email sent to Crimean Battle.net users. "In accordance with current trade regulations relating to the region of Crimea, we are legally required to suspend access to your Battle.net account," a translation reads.

President Barack Obama in December signed an executive order prohibiting the export of goods, technology or services to Crimea, matching similar sanctions from Europe. Crimea is in a high-stakes limbo at the moment, pulled between Russian and Ukranian rule. Russia seized and annexed the region in early 2014, though most nations, including the US, don't recognize this claim and instead view Crimea as an autonomous republic of Ukraine. The battle over Crimea has dramatically heightened tensions between the Western world and Russia. Blizzard's block is the latest move in a larger international push to remove Russian forces from the peninsula.

In this article: Activision, Blizzard, crimea, diablo-3, Diablo3, hdpostcross, hearthstone, russia, sanctions, ukraine, World-of-Warcraft, worldofwarcraft
All products recommended by Engadget are selected by our editorial team, independent of our parent company. Some of our stories include affiliate links. If you buy something through one of these links, we may earn an affiliate commission.