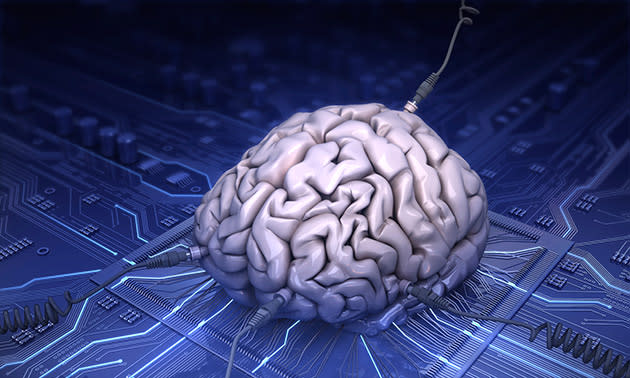 We haven't talked about Numenta since an HP exec left to join the company in 2011, because, well, it's been keeping a pretty low-profile existence. Now, a big name tech corp is reigniting interest in the company and its artificial intelligence software. According to MIT's Technology Review, IBM has recently started testing Numenta's algorithms for practical tasks, such as analyzing satellite imagery of crops and spotting early signs of malfunctioning field machinery. Numenta's technology caught IBM's eye, because it works more similarly to the human brain than other AI software. The 100-person IBM team that's testing the algorithms is led by veteran researcher Winfried Wilcke, who had great things to say about the technology during a conference talk back in February.

Tech Review says he praised Numenta for "being closer to biological reality than other machine learning software" -- in other words, it's more brain-like compared to its rivals. For instance, it can make sense of data more quickly than competitors, which have to be fed tons of examples, before they can see patterns and handle their jobs. As such, Numenta's algorithms can potentially give rise to more intelligent software.

The company has its share of critics, however. Gary Marcus, a New York University psychology professor and a co-founder of another AI startup, told Tech Review that while Numenta's creation is pretty brain-like, it's oversimplified. So far, he's yet to see it "try to handle natural language understanding or even produce state-of-the-art results in image recognition." It would be interesting to see IBM use the technology to develop, for example, speech-to-text software head and shoulders above the rest or a voice assistant that can understand any accent, as part of its tests. At the moment, though, Numenta's employees are focusing on teaching the software to control physical equipment to be used in future robots.

In this article: ai, ArtificialIntelligence, IBM, Numenta
All products recommended by Engadget are selected by our editorial team, independent of our parent company. Some of our stories include affiliate links. If you buy something through one of these links, we may earn an affiliate commission.