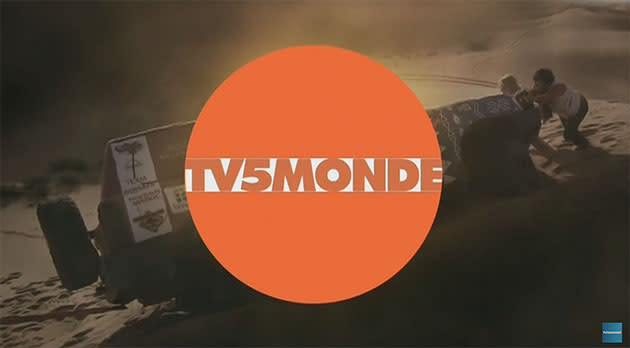 A French-language TV station broadcast around the world, was reportedly hacked by ISIS, halting broadcasts for about three hours. TV5Monde's Facebook page and website were also hijacked, and network director Yves Bigot said operations were "severely damaged." The station's programming and Facebook page are back up, but its website remains "en maintenance." As in a recent US hack, the jihadist group used the site to issue threats against French soldiers and reveal the identities of their relatives. France provides air support for anti-ISIS ground forces that recently liberated the Iraqi city of Tikrit, and declared that ISIS must be "wiped out" after the Charlie Hebdo attacks.

It's not known how the group accessed station operations, but it appears to be the same "Islamic State Hacking Division" that took credit for US military base attacks. It referred to itself as the "CyberCaliphate" on TV5Monde's Facebook page, just as it did after hacking US military servers. Bigot said it could take days for broadcasts to return to normal, adding that the attack must have required "weeks" of planning. The station is broadcast in over 200 nations around the world, including the US, Canada and Britain.

In this article: Cyber Attack, CyberCaliphate, France, hacking, ISIS, TV Station, TV5Monde
All products recommended by Engadget are selected by our editorial team, independent of our parent company. Some of our stories include affiliate links. If you buy something through one of these links, we may earn an affiliate commission.