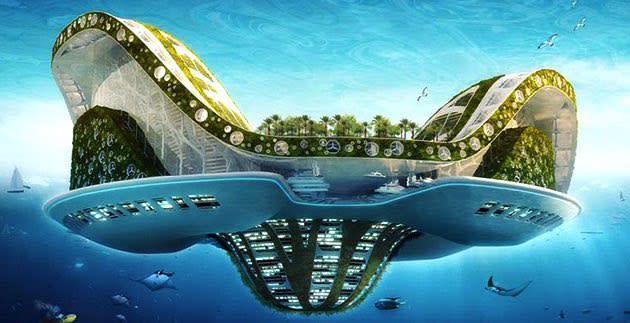 The Volkswagen Camper van is one of the most iconic vehicles of the 20th century, but VW hasn't put out a new model of the hippie standby since 2003. That could all change soon, as a VW board member recently revealed that the carmaker is planning to unveil an electric concept Camper in the near future. In other automotive news, Tesla has launched a new edition of its Model S sedan. The Model S 70D will replace the Model S 60, and it will be powered by Tesla's dual-motor all-wheel-drive system. Most industry observers acknowledge that self-driving cars are the future, but one car company believes they're also the present. Korean automaker Hyundai is set to release a semi-autonomous car later this year. The car won't exactly drive itself, but it will have the ability to stay in a lane on the highway and adjust the car's speed in response to traffic conditions.

Teslas and other electric vehicles tend to be pretty pricey, and much of that cost comes from the price of the batteries. But that could change soon: A new report from the Stockholm Environment Institute suggests that the falling price of lithium-ion battery packs could usher in the age of affordable electric cars. In other green transportation news, a Danish engineer has created a solar-powered electric bicycle that can achieve a top speed of 30 MPH. And for the ultimate compact, eco-friendly transportation option, we bring you The Bolt, the world's smallest and lightest electric skateboard. The mini board weighs in at just nine pounds and measures 23 inches, and it can reach speeds of about 13 MPH.

On the science front, researchers at Harvard have successfully spliced woolly mammoth DNA into living cells collected from an elephant in hopes of eventually creating a mammoth clone. The next step is to convert the cells into an embryo and implant it into an artificial womb. A few years ago, "peak oil" was a hot topic in environmental circles -- but what about peak minerals? A group of Yale researchers created a Periodic Table of Risk to illustrate how modern mining has depleted rare elements from the Earth. It has been proven that plants can feel, and that they can communicate with one another, but do they have a sense of gravity? Scientists are studying plants in space to learn whether they have mechanisms that determine the direction of growth in the absence of gravity. Man-made technology will never match the genius of Mother Nature, but we can at least try to copy elements found in the natural world. The latest innovation to use biomimicry comes in the form of bulletproof armor inspired by fish scales. The flexible scale armor is 3D-printed, and it can be customized for different body types. And while 3D printing promises to revolutionize the way we produce things, for now, most 3D-printed pieces must be hand-assembled into functional objects. Buzz Technology is changing that with its Industrial Revolution III printer, which creates fully functional, sophisticated products in one streamlined process.

How long will it be before rising sea levels force us to build floating cities? That day could come sooner than we think, according to the Seasteading Institute. The organization recently launched the Floating City Project, an architectural design contest that seeks innovative designs for sustainable floating cities -- check out some of the futuristic designs here. In other green design and architecture news, Berkeley is building a pop-up library made from 50,000 books. The teepee-like structure will be part of the Bay Area Book Festival, and it will feature books donated by the Internet Archive. Los Angeles is home to a massive network of LED streetlights 7,500 miles long, and it's set to install a Philips CityTouch system that will control the network remotely using mobile and cloud-based technologies. Alaska is known for a lot of things -- cold weather, moose, salmon -- but architecture isn't usually at the top of the list. So it comes as a bit of a surprise that one of the country's great architectural feats is found outside of Anchorage, in Willow. The house, known widely as the Dr. Seuss House, looks like a typical house with a high-rise plunked on top of it. Needless to say, it has pretty amazing views of its surroundings.

In this article: 3d printing, architecture, eco-friendly, green, inhabitat, InhabitatsWeekInGreen, LED, solar, Tesla, WeekInGreen
All products recommended by Engadget are selected by our editorial team, independent of our parent company. Some of our stories include affiliate links. If you buy something through one of these links, we may earn an affiliate commission.