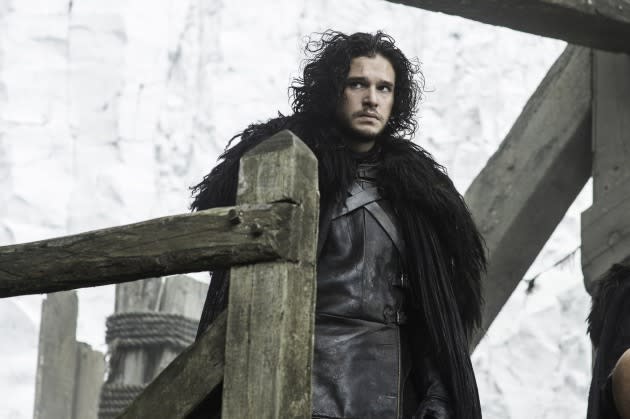 Just a day before season five premiered on HBO, copies of the next four episodes of Game of Thrones leaked onto the internet. According to TorrentFreak, the leaks are in standard definition and may originate from a review screener given to the press. The Daily Dot points out that their low resolution has fans pausing more than ever before seeking out links and torrents, but the sheer amount of content included in four episodes being out there makes it hard for some to resist. While GoT is typically among the most-pirated shows, HBO has made some changes to make it more accessible to fans who said they want to pay. The premiere will air simultaneously in many countries and, for the first time, HBO is available in the US widely without a cable subscription, whether through HBO Now with Apple and Cablevision, or live and on-demand with Sling TV. We'll be watching in HD through legit means tonight (even if it's just to see if those internet streams can hold up to the strain), but for the most dedicated, staying spoiler-free could mean taking a month-long internet detox.

In this article: GameofThrones, HBO, hdpostcross, leak, piracy, video
All products recommended by Engadget are selected by our editorial team, independent of our parent company. Some of our stories include affiliate links. If you buy something through one of these links, we may earn an affiliate commission.