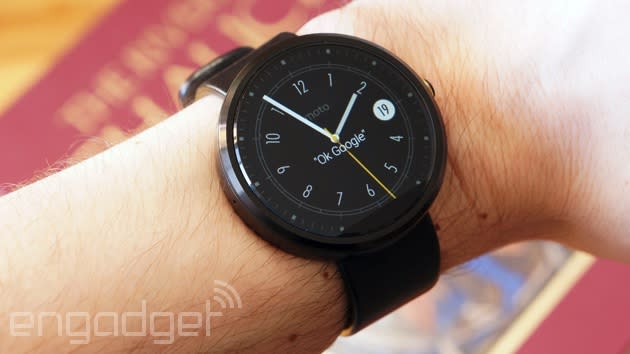 If you've been toying with getting an Android-powered smartwatch but have been turned off by the $200-plus price tags, now's a good time to dive in. Google's device store is offering the Moto 360 with a leather strap for $165, or $85 off -- not bad for wristwear that's several months old. And should Google run out, you can score the wearable for a slightly higher $180 at Amazon and Best Buy. Motorola is likely just clearing out stock ahead of a sequel, but that's not a bad thing if you're more interested in putting a device on your arm than owning the latest and greatest.

In this article: android, androidwear, lenovo, mobilepostcross, moto360, motorola, smartwatch, watch, wearable
All products recommended by Engadget are selected by our editorial team, independent of our parent company. Some of our stories include affiliate links. If you buy something through one of these links, we may earn an affiliate commission.