The future of Daimler trucking is electrified and autonomous 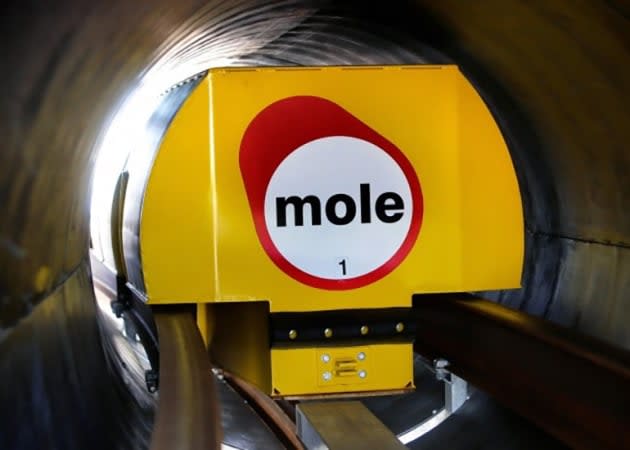 Northampton, England is considering an unusual approach to alleviating traffic congestion and air pollution. The city wants to replace the trucks currently clogging its two major motorways with underground delivery carts. The system from Mole Solutions, dubbed a "Freight Pipeline", will leverage linear induction motors to propel steel carts through dedicated tubes between various stations throughout the city. "Congestion is a global issue and we could take a significant volume of traffic off the roads, not just in the UK but in countries like China and India," Mole Solutions chief Roger Miles told reporters recently. "The bounds of this are limitless." The company asserts that these steel "moles" would be able make deliveries 24 hours a day without disturbing residents. Should the current feasibility and subsequent financial viability studies work out, the Mole system could soon be running under a number of UK city centers.

Interestingly, this isn't actually the first time such a scheme has been implemented. In the late 19th and early 20th centuries, Chicago's business district was undercut by a massive web of subterranean delivery tunnels. New York City (as well as Boston, Philadelphia, Chicago and St. Louis) built a number of underground mail tunnels in 1897, though this series of tubes were never actually put to use.

In this article: freight, freight-transport, linearinductionmotor, mole, molesolutions, Northampton, subterranean
All products recommended by Engadget are selected by our editorial team, independent of our parent company. Some of our stories include affiliate links. If you buy something through one of these links, we may earn an affiliate commission.