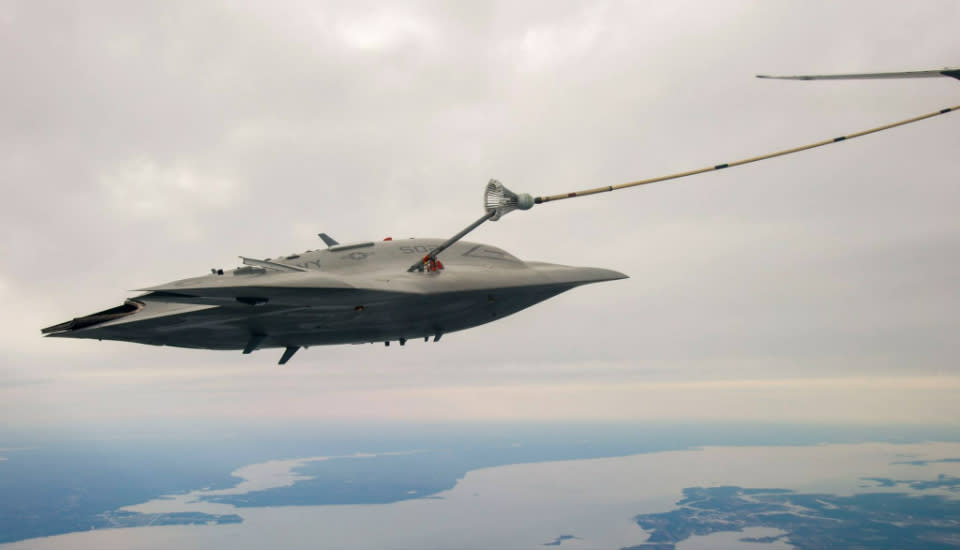 The Navy's X-47B combat UAV demonstrator successfully paired with an an Omega Air KC-707 airtanker earlier this week. This marks the first time in aviation history for a UAV to demonstrate aerial refueling capabilities. Unfortunately, these tests also likely mark the end of the X-47B program. Despite only completing 20 percent of its potential flight hours, both of the Navy's X-47Bs are destined for museums. Still, the technologies that they've demonstrated -- including those historic autonomous carrier landings in 2013 -- will make their way into future unmanned combat aerial vehicles as part of the Navy's Unmanned Carrier-Launched Airborne Surveillance and Strike (UCLASS) program.

In this article: hdpostcross, NAvy, UCAV, UCLASS, USnavy, X-47B
All products recommended by Engadget are selected by our editorial team, independent of our parent company. Some of our stories include affiliate links. If you buy something through one of these links, we may earn an affiliate commission.