Latest in Fredericks of hollywood

Frederick's of Hollywood closes stores in shift to web-only sales 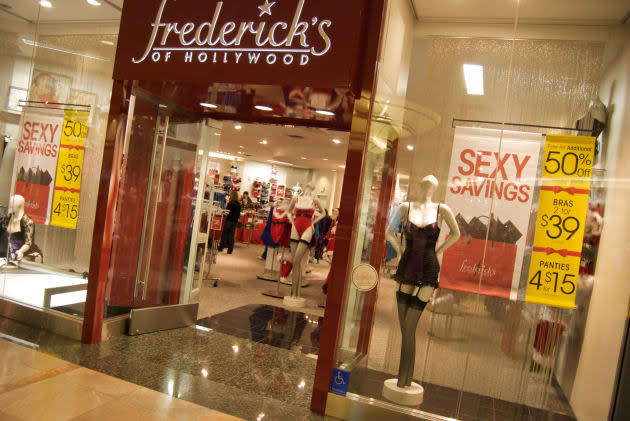 One of the big names in bedroom wear is closing all of its retail stores and moving forward on the web. Frederick's of Hollywood announced this week that it plans to close all of its physical shops and transition to an online-only business. The name might be synonymous with lingerie and other intimates shopping for some, having been around for decades, but Frederick's fell way behind the competition -- like Victoria's Secret and others. Moving from brick-and-mortar locations to just selling goods on the web is a move we've seen before, and it's becoming increasingly more common. However, not being able to benefit from curious foot traffic means a massive shift in marketing, which some experts believe was Frederick's problem in recent years.

In this article: fredericks of hollywood, fredericksofhollywood, lingerie, online, onlineshopping, retail, shopping, video
All products recommended by Engadget are selected by our editorial team, independent of our parent company. Some of our stories include affiliate links. If you buy something through one of these links, we may earn an affiliate commission.