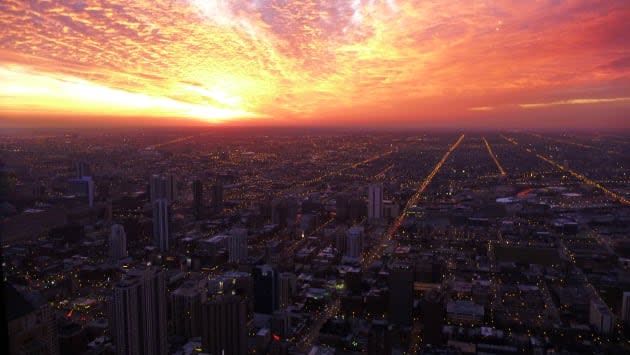 Back in October of last year, we learned about AT&T's plans to launch its 1Gbps fiber network, GigaPower, in cities like Chicago. And today, more than six months after the original announcement, the company's finally flipping the switch in some areas of The Windy City -- including Elgin, Oswego, Plainfield, Skokie, Yorkville and other "surrounding communities." The U-Verse gigabit internet will be available as a standalone service and as a bundle with a cable or phone package, with prices ranging from $90 to $150 per month, depending on your selection. If you're not in any of the aforementioned zones of coverage, fret not -- AT&T says it will be expanding the service across Chicago later this summer.

In this article: ATT, Chicago, Fiber, Fiber Internet, Gigabit Internet, GigabitInternet, GigaPower, hdpostcross, Internet
All products recommended by Engadget are selected by our editorial team, independent of our parent company. Some of our stories include affiliate links. If you buy something through one of these links, we may earn an affiliate commission.