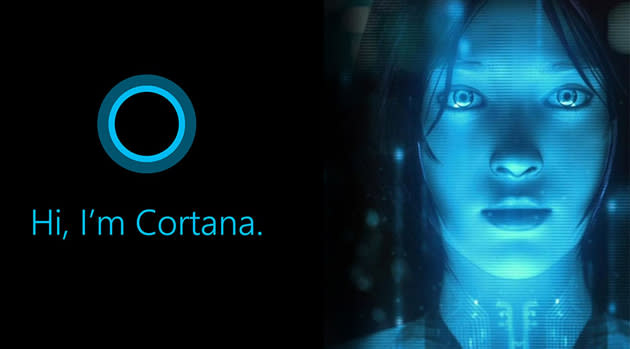 Microsoft is already poised to bring Windows' Cortana voice assistant to other platforms, but the duo behind the OrangeSec team isn't willing to wait that long. They've developed and shown off Portaña, a simple Android adaptation of Cortana that uses a proxy to talk to Microsoft's servers. While it's nowhere near a complete recreation of the official software (you have to speak in Italian, for one thing), it does work -- you can ask a question and expect an answer back. Portaña is sadly likely to remain in a rough state as is, though, so you'll want to tinker the source code if you just have to speak to the Halo-inspired helper before there's an official solution.

In this article: android, cortana, microsoft, mobilepostcross, portana, smartphone, video, voiceassistant, voicecontrol, windows, windowsphone
All products recommended by Engadget are selected by our editorial team, independent of our parent company. Some of our stories include affiliate links. If you buy something through one of these links, we may earn an affiliate commission.