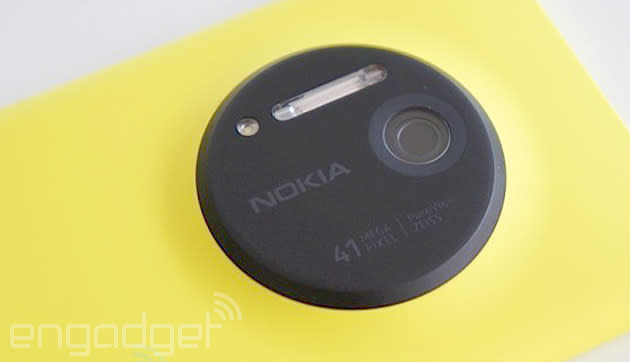 When Nokia sold its devices and services business to Microsoft, we assumed it was getting out of the hardware game for good. Not so. The company has since launched its N1 tablet in China and now, according to Recode, it's developing a new phone too. Exactly what it'll look like and, perhaps more importantly, the software it'll run is unclear at the moment though. The company has made some strides with its alternative Z Launcher, but its debut Android slate is fairly unremarkable. That's because it was actually designed by Foxconn -- not the old Nokia team that's given us so many bold and beautiful Lumias over the years. If the Finnish company sticks with Android, it's going to need something a little more original to stand out from the competition. (The Nokia brand will only go so far, after all.)

Recode says Nokia is also experimenting with virtual reality, which we assume refers to hardware. That would be a far greater departure for the company, but also not too surprising, given how many other phone makers are dabbling with headsets at the moment.

Update 4/26: Days later, Nokia is denying that it will resume make phones. You'll have to get your handsets elsewhere, at least for the foreseeable future.

In this article: android, mobilepostcross, nokia, phone, smartphone, virtual reality, vr
All products recommended by Engadget are selected by our editorial team, independent of our parent company. Some of our stories include affiliate links. If you buy something through one of these links, we may earn an affiliate commission.