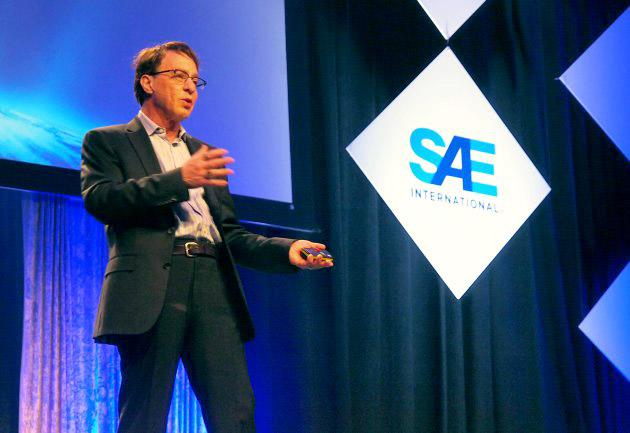 Living up to his billing as an inventor/visionary, Ray Kurzweil kicked off an engineering conference in Detroit this week by imagining what might power cars of the future. Sure, he mentioned the self-driving cars his employer Google is working on, but a more interesting response was to a question from our AutoblogGreen colleagues. Pressed on the future possibilities of electric cars and hydrogen fuel cells, Kurzweil first mentioned the "modest" progress batteries have made so far and suggested nanotechnology will provide a solution. He believes that being able to "manipulate energy and matter at a molecular level" will lead to revolutionary applications.

While the relevant nanotechnology is still a decade out, he thinks microscopic fuel cells will be a part of that future, saying there's already at least one company working on just that. Pack millions of them together, and you could have an inexpensive, powerful source of energy in a small package. Small and powerful enough, presumably, to power that future artificial intelligence Kurzweil (unlike Elon Musk) thinks we don't have to worry about.

In this article: EV, fuelcells, futurist, nanotechnology, RayKurzweil, SAE2015
All products recommended by Engadget are selected by our editorial team, independent of our parent company. Some of our stories include affiliate links. If you buy something through one of these links, we may earn an affiliate commission.