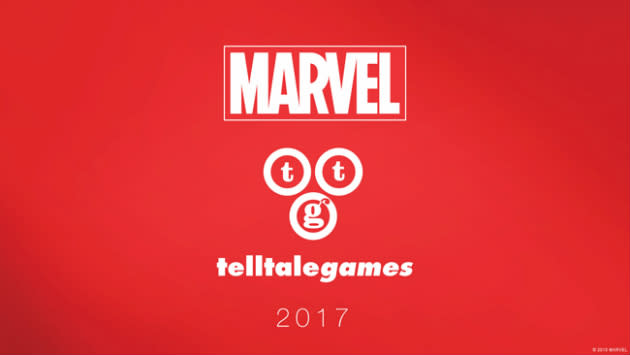 Telltale, the studio behind Game of Thrones and The Walking Dead adventure games, has partnered with Marvel for a game series due out in 2017. Telltale announced the collaboration in a brief blog post, and details from an event in San Francisco note that it's a PC and console game (via GameSpot). Other than that, we have the above image and our imaginations.

In this article: hdpostcross, Marvel, Telltale, TellTale-Games, TelltaleGames
All products recommended by Engadget are selected by our editorial team, independent of our parent company. Some of our stories include affiliate links. If you buy something through one of these links, we may earn an affiliate commission.