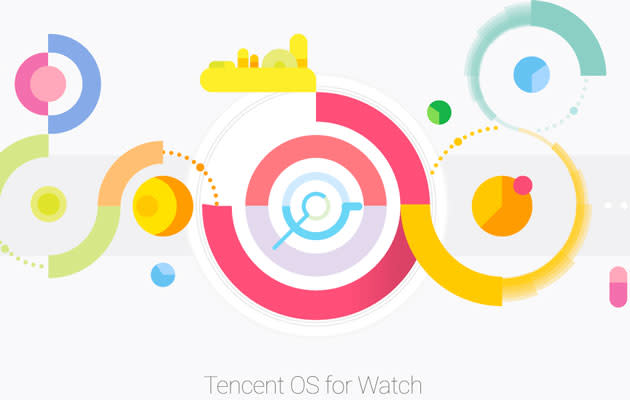 If Frank Herbert was around today, the tagline of Dune would probably be "those that control their own operating system, controls the universe." It's an idea that China's tech firms have taken to heart, crafting their own platforms in the hope of toppling Android as the go-to software in charge of everyone's hardware. Tencent is the latest to throw its hat into the ring with a new OS that's, unsurprisingly, able to be used on phones, games consoles, VR devices and smartwatches.

The offering itself is broken into two parts: TOS+, a "smart open platform strategy" that leverages the company's various social services, including QQ, WeChat and Weiyun, sitting above the nuts-and-bolts Tencent OS. The company has pledged not to manufacture its own hardware, but will instead lean on firms like Huawei, ZTE, Lenovo and Qualcomm to help build devices. Information is sketchy as to the foundation of Tencent OS, but it's highly likely that the system is a fork of Android, at least in some respects. Of course, Tencent isn't the first outfit that's attempted to beat Google at its own game, with Alibaba, Baidu and Korea's Samsung all releasing their own OSes, with varying degrees of success.

In this article: Android, China, GameConsoles, OS, Platform, Tencent, TencentOS, Wearables
All products recommended by Engadget are selected by our editorial team, independent of our parent company. Some of our stories include affiliate links. If you buy something through one of these links, we may earn an affiliate commission.