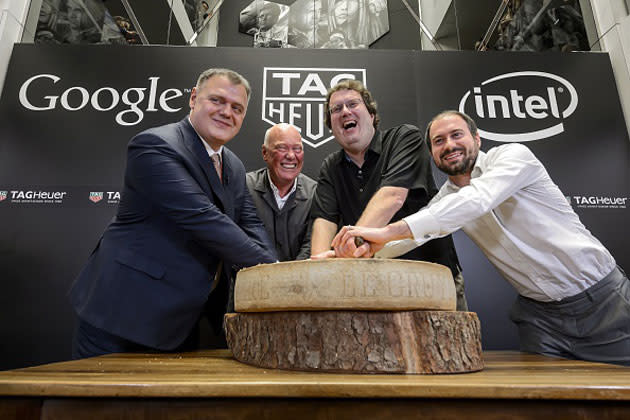 So much for hopes that TAG Heuer's first smartwatch will cost less than its conventional counterparts. Jean-Claude Biver, the head of TAG's parent company LVMH, says that the Android Wear timepiece will cost about $1,400 when it ships in October or November. That's in the ballpark of lower-end quartz models from the watchmaker's Formula 1 line, but it makes even the $1,000 steel link Apple Watch seem like a relative bargain. That money will get you more than just a luxurious brand name, however. Biver estimates that the TAG Heuer device will last 40 hours on battery, so you won't have to panic if you forget to top it up one day. This is just a friendly reminder that watch prices at this level are dictated more by the design than what's inside -- a nice steel watch won't come cheap.

In this article: androidwear, google, intel, lvmh, smartwatch, tagheuer, watch
All products recommended by Engadget are selected by our editorial team, independent of our parent company. Some of our stories include affiliate links. If you buy something through one of these links, we may earn an affiliate commission.