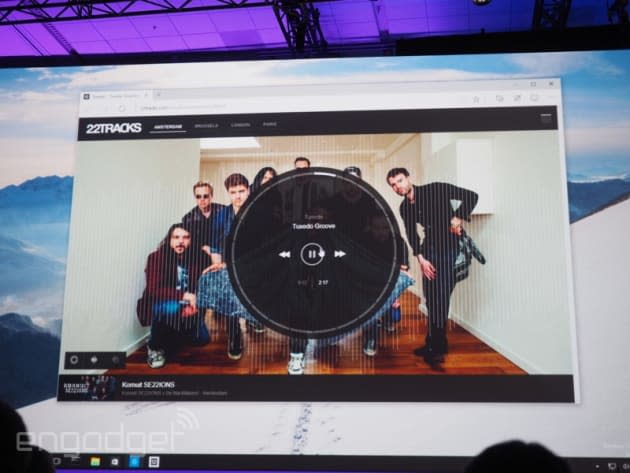 At today's Microsoft Build conference, Vice President of Operating Systems Terry Myerson announced that websites can now be placed inside a Windows 10 universal framework. In other words, developers can make a Windows 10 app out of their site. The site-based apps can be listed inside the Windows Store and support Cortana notifications and in-app purchases. Building these apps is pretty simple according to Myerson. Couple this with news that the company is helping iOS and Android developers port their apps to Windows 10 and the inclusion of .NET and Win32 apps in the marketplace and it's pretty clear Microsoft really, really wants you to start using the Windows Store.

In this article: Build2015, microsoft, WebApps, Windows10, WindowsStore
All products recommended by Engadget are selected by our editorial team, independent of our parent company. Some of our stories include affiliate links. If you buy something through one of these links, we may earn an affiliate commission.