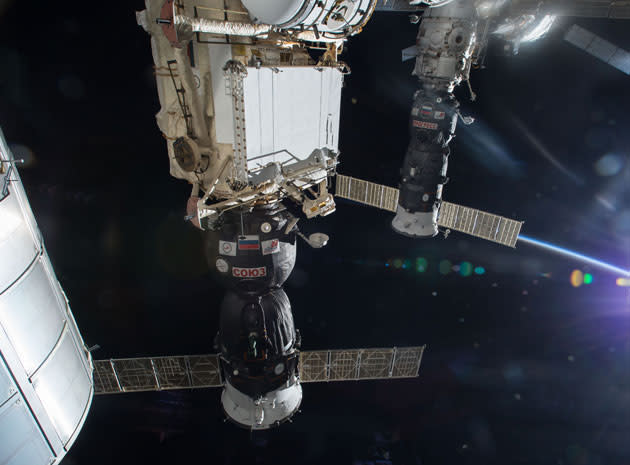 The Russian space agency (Roscosmos) has given up trying to regain control of Progress 59 and the 6,000 pounds of food, water, clothes and equipment on board. It reportedly told TASS, the country's news agency, that it's merely waiting for the vessel to plunge and burn as it reenters the atmosphere anytime from May 5th to 7th. The vehicle was supposed to shuttle all those supplies to the ISS, but it ended up tumbling wildly in the wrong orbit soon after it reached outer space. According to TASS, the engine of the Soyuz rocket that launched the vessel might have been "overworked" due to a control system glitch, causing it to burn overtime and to send the cargo craft into an uncontrollable spin.

Since Roscosmos failed to establish communication with Progress, it would be impossible to even attempt a rendezvous with the space station -- besides, it would be extremely dangerous to dock a spinning spacecraft. This is the second time in six months that a resupply mission to the ISS has failed to reach its goal. Back in October 2014, Orbital Science's rocket exploded six seconds into launch, along with 5,000 pounds of supplies. The ISS crew has enough food and water to last them until early August despite the two failures -- the real loss here is the propellant included in Progress' cargo, which they need to maintain the space station's altitude. Hopefully, the crew can get by until SpaceX's Dragon capsule gets there with more supplies in June.