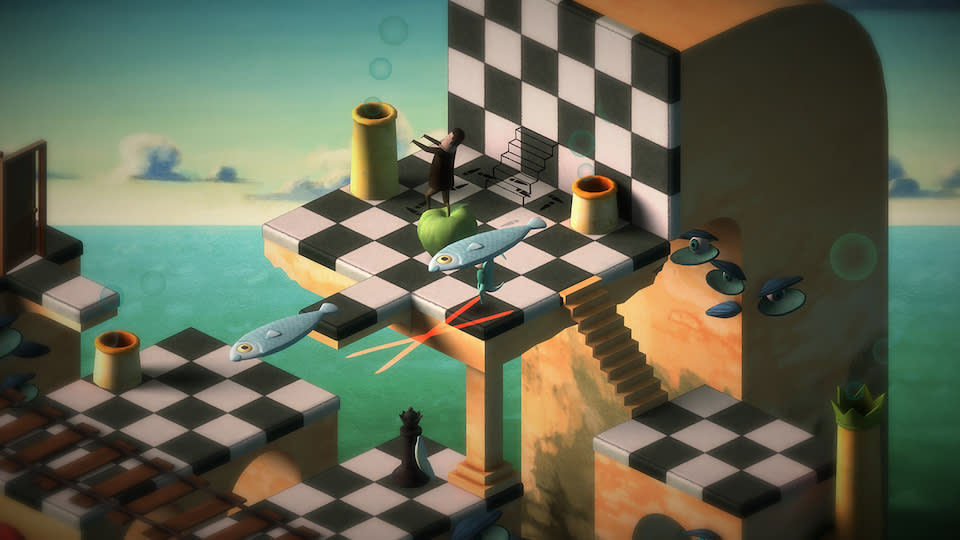 Some say surrealism was the most influential art movement of the past century and, perhaps unsurprisingly, it's had an effect on video game developers too. The games you'll find below weren't made by Salvador Dalí or M.C. Escher, but the influence those mind-bending artists had is unmistakable. And it's not just limited to endless staircases or clocks melting off the side of a ledge (although those make appearances) in indie games, either. Dream-like visuals and landscapes have dotted the world of blockbuster games too -- not even God of War 3 was immune when it released in 2010. Let's take a mind-bending trip together in the gallery below, shall we? 3
In this article: android, gaming, hd, hdpostcross, IOS, ipad, iphone, PlayStation, Playstation2, Playstation3, surrealism, surrealist, uk-feature
All products recommended by Engadget are selected by our editorial team, independent of our parent company. Some of our stories include affiliate links. If you buy something through one of these links, we may earn an affiliate commission.