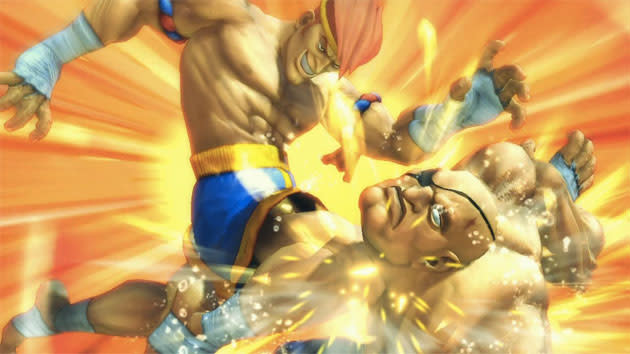 Do something enough and it becomes second nature: muscle memory and instinct kicks in. But does that hold for the high-twitch dynamics of pro gaming-level Street Fighter 4? Japanese gaming site 4Gamer rigged up a gaming PC with SteelSeries' Sentry Gaming Eye Tracker, watching the gaze of Street Fighter pro-gamer Sako as he indulged in a few rounds. Rather than focus on his own player, or the opponent, his view typically rests somewhere between the two; the pro-gamer likely trying to gauge incoming attacks and connect distance for their own. As the Japanese site notes, it wasn't exactly a high stakes bout, but the video suggests, at least, that it's not where your character is, but where it's going that's important. Which is also this editor's life philosophy, coincidentally. See where the pros are looking, right after the break.

In this article: capcom, eyetracking, gamer, progamer, sf4, streetfighter, ultrastreetfighter4, usf4, video
All products recommended by Engadget are selected by our editorial team, independent of our parent company. Some of our stories include affiliate links. If you buy something through one of these links, we may earn an affiliate commission.