NYC will stop collecting info Trump could use for deportations

NYC's parking meters are getting a big upgrade this year 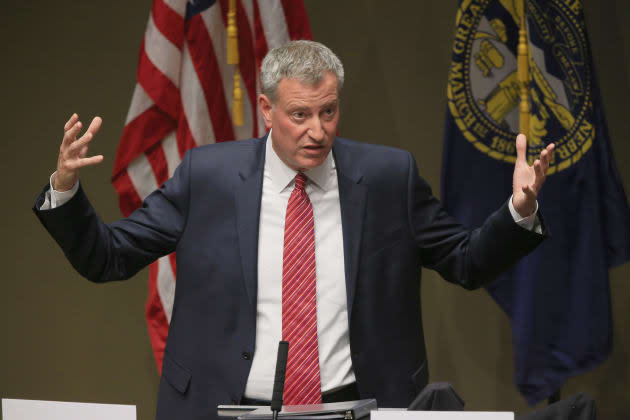 In an ambitious effort to close New York City's digital divide, the De Blasio administration has announced that it's going to spend $70 million bringing high-speed internet access to the city's residents. An estimated 22 percent of New Yorkers overall lack a home internet connection (with that number jumping to 36 percent for the poorest residents), which significantly impacts their social mobility, according to the mayor's office.

"From doing homework to finding a job, high-speed internet access is as important as electricity to building opportunities for all of our people," Maya Wiley, counsel to Mayor Bill de Blasio, said in a statement. The administration plans to spend most of the $70 million within the first two years of the 10-year program. A total of $25 million is earmarked to create wireless corridors, which will deliver internet access to 20,000 low-income homes. An additional $7.5 million will be spent to improve existing wireless networks throughout the five boroughs, such as the Harlem free WiFi zone. New York state has also agreed to kick in $1.6 million to improve wireless signals in industrial areas to the benefit of some 500 businesses.

Additionally, the Mayor's Office of Technology and Innovation has also called upon the city's tech companies and small-scale ISPs for ideas and proposals to further provide affordable broadband to the city's underserved residents. If you think you've got a good idea, the deadline to submit it is June 30th, 2015 at 8PM ET.

In this article: BillDeBlasio, broadband, digitaldivide, Harlem, New York, New York City, NewYorkCity, NYC, video, Wi-Fi, wireless, WirelessBroadband
All products recommended by Engadget are selected by our editorial team, independent of our parent company. Some of our stories include affiliate links. If you buy something through one of these links, we may earn an affiliate commission.