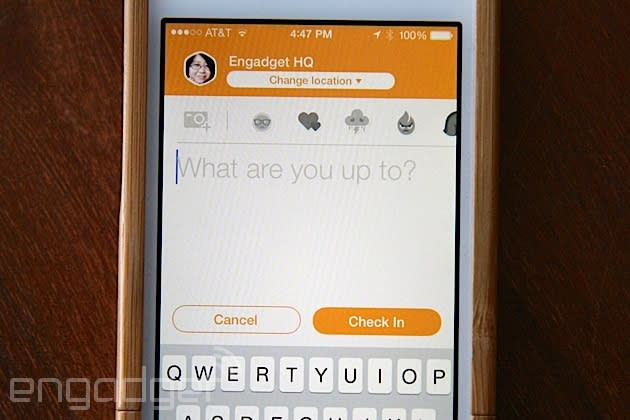 When Foursquare split its app into two separate services, Swarm and Foursquare, some users were unhappy that their favorite gamification elements had been nuked. If you were checking in with Swarm, for instance, it was no longer possible to unlock badges and compete for mayorships with the entire community. Well, it seems Dennis Crowley's startup is finally relenting and giving the people what they want. The company says global mayorships with be added to Swarm "soon" and that henceforth, all check-ins will count towards them. While badges are still noticeably absent, Foursquare is rolling out 100 new stickers which users can add to their check-ins, photos and messages. Will it be enough to win back those that checked out after the Swarm-Foursquare split? Maybe not, but at least the company has recognised what made Foursquare such a hit in the first place.

In this article: app, apps, badges, check-in, checkin, foursquare, mayor, mayorships, swarm
All products recommended by Engadget are selected by our editorial team, independent of our parent company. Some of our stories include affiliate links. If you buy something through one of these links, we may earn an affiliate commission.