Grooveshark will launch an internet radio service in 2015 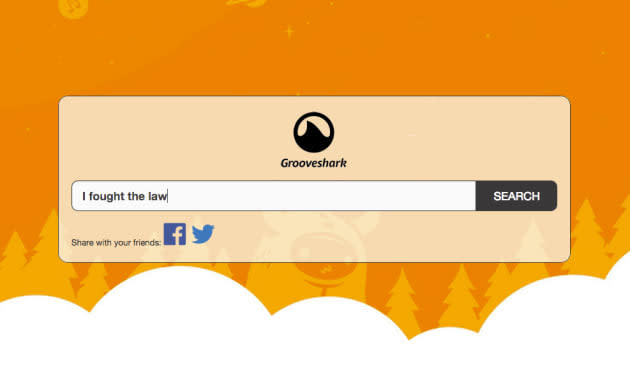 Quasi-legal music streaming service Grooveshark shutdown earlier this month as part of a settlement agreement with major labels. But the internet wouldn't let it die. A mysterious team has resurrected the service. One of the team, an individual who calls himself Shark, told BGR, "well, I started backing up all the content on the website when I started suspecting that Grooveshark's demise is close and my suspicion was confirmed a few days later when they closed." The relaunched music-stealing site is a shadow of its former self, but Shark's team hopes to recreate the defunct site's entire UI experience including playlists and favorites. It's unclear if the team is affiliated in any way with the former Grooveshark. Whoever they are, the team behind this zombie version of the site should expect the same type of copyright lawsuits from record labels.

Update: As pointed out by commenters, this "resurrected" Grooveshark site is nothing more than a re-skin of music piracy site MP3juices. The privacy policy, copyright and search results are identical on both sites. So someone stole Grooveshark's identity sort like its users were stealing music.

In this article: Grooveshark, MusicStreaming, Piracy
All products recommended by Engadget are selected by our editorial team, independent of our parent company. Some of our stories include affiliate links. If you buy something through one of these links, we may earn an affiliate commission.