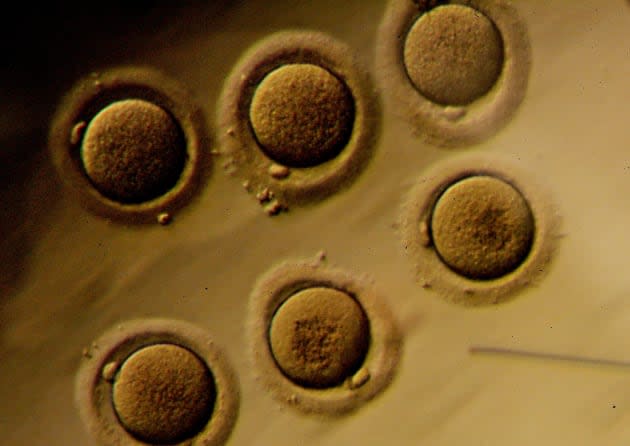 Researchers from Sun Yat-sen University in Guangzhou, China made headlines late last month upon announcing that they had successfully edited the genes of a human embryo. This revelation set off a firestorm of controversy as the scientific community took sides in the ethical debate of genetic manipulation. Now, the National Institute of Health has weighed in on the issue and is denying funding to research that involves meddling with the human germline.

Despite the funding ban, the NIH recently acknowledges the scientific value of CRISPR/Cas9, the gene editing technique behind the Chinese team's breakthrough. "This technology is also being used to develop the next generation of antimicrobials, which can specifically target harmful strains of bacteria and viruses," the NIH statement reads. "In the first clinical application of genomic editing, a related genome editing technique (using a zinc finger nuclease) was used to create HIV-1 resistance in human immune cells, bringing HIV viral load down to undetectable levels in at least one individual." What's more, the NIH has -- and will reportedly continue to -- fund this sort of genetic research. What it will not do is give money to any effort that edits the human genome itself.

"The concept of altering the human germline in embryos for clinical purposes has been debated over many years from many different perspectives, and has been viewed almost universally as a line that should not be crossed," the statement reads. "Advances in technology have given us an elegant new way of carrying out genome editing, but the strong arguments against engaging in this activity remain." The NIH cites unpredictable changes to the human gene line, a lack of current medical applications, numerous legislative and regulatory prohibitions and the ethical minefield of changing our kids' genetic structures without their permission. In short, the NIH argues that unless there is a real, compelling need to edit the human genome, it will not fund such efforts. So until we have to start fortifying our astronauts against brain-melting solar radiation during interplanetary voyages, germline manipulation efforts will need to find alternate funding.

In this article: CRISPR, CRISPRCas9, geneticmanipulation, genetics, genome, Guangzhou, medicine, NationalInstitutesOfHealth, NIH
All products recommended by Engadget are selected by our editorial team, independent of our parent company. Some of our stories include affiliate links. If you buy something through one of these links, we may earn an affiliate commission.