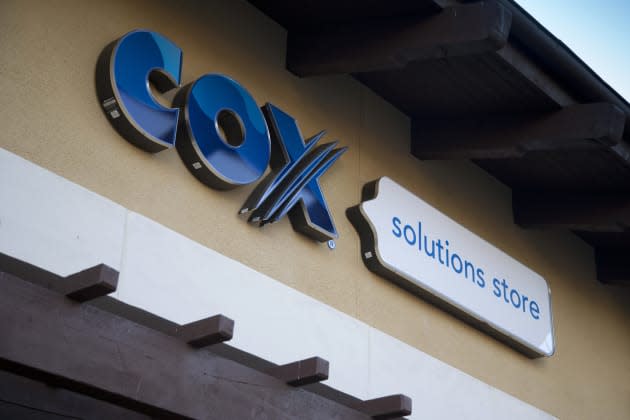 Last May, Cox Communications announced that it would join Google and AT&T in offering residential customers gigabit-fast wired internet service to Phoenix, Las Vegas and Omaha. Today the service, dubbed "G1GABLAST", has finally arrived in Omaha and Las Vegas as well as parts of Orange County, California. "We started in Phoenix last fall, but we have not stopped there," Cox President Pat Esser said in a statement. "We are excited to have the choice of gigabit speeds available to more customers today, and we're adding new building projects every month." To that end, Cox has already increased the speeds of its High Speed Internet (HSI) Essential and HSI Starter plans over the past few months and intends to similarly boost its HSI Ultimate package later this year. The company also announced that communities in Arkansas, Louisiana, Rhode Island, Oklahoma and Virginia will be offered gigabit speeds by this summer with Cox's entire user base receiving the option by the end of 2016.

In this article: ATT, broadband, BroadbandAccess, california, cox, gigabit, Google, hdpostcross, highspeedinternet, internet, Las Vegas, lasvegas, Omaha, OrangeCounty, TL16Gigabit
All products recommended by Engadget are selected by our editorial team, independent of our parent company. Some of our stories include affiliate links. If you buy something through one of these links, we may earn an affiliate commission.