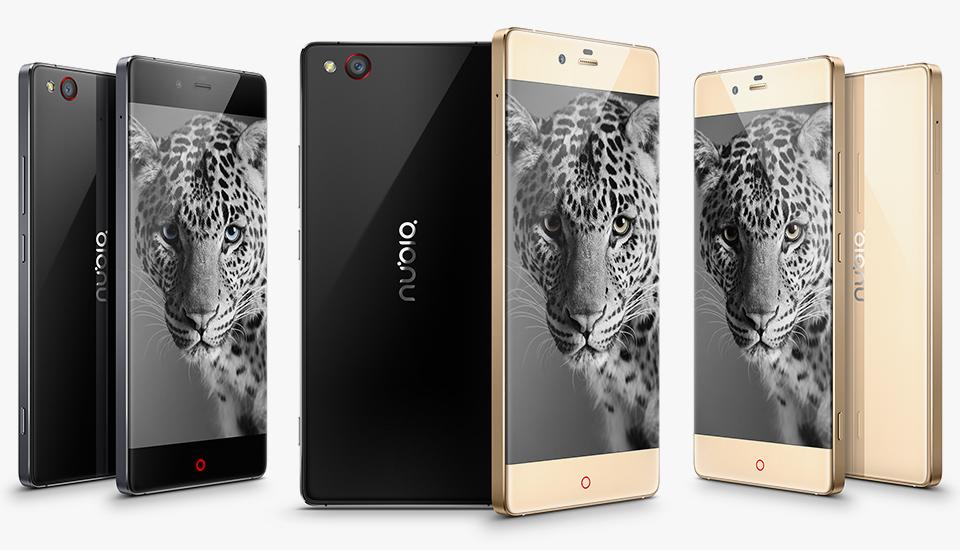 Oppo may have already shown off its near bezel-less prototype phone back in March, but local rival Nubia has actually released a handset featuring the same optical trickery on the edges (and let's not forget that Sharp did it first). Dubbed the Z9, this dual-Nano SIM flagship device packs a 5.2-inch 1080p Sharp-made display, a Snapdragon 810 chipset and either 32GB of storage with 3GB RAM (black "Classic Edition") or 64GB of storage with 4GB RAM (gold-colored "Elite Edition"). But never mind these boring figures, because the real treat here is the "Frame interactive Technology" or "FiT" in short, which enables grip and gesture-based control on the aluminum mid-frame. It seems rather handy, if you'll pardon the pun.

One use case with FiT is that you can quickly unlock the Z9 with a pre-defined grip, though that's obviously not as safe as the good old passcode (or fingerprint recognition on the upcoming "Premier Edition"). With your usual single-hand grip, you can switch between apps by flicking your thumb up or down the metallic frame. You can also quickly toggle the camera by just holding the phone horizontally with four fingertips, but you'll have to avoid holding the phone the same way while doing other things. Another good one is you can adjust the screen brightness by sliding your fingertips along both sides of the phone. The last one is our favorite: squeeze the phone twice to toggle single-hand mode, and the smaller screen will automatically shift to your thumb's side; but you can also set this squeeze action to taking screenshots. Nubia says third party apps are welcome to make use of the Z9's FiT technology, so the possibilities are endless.

The rest of the device is rather attractive as well. For photography, the Z9 is one of the first phones to use Sony's new IMX234 CMOS sensor (LG G4 also has it) to power its 16-megapixel, f/2.0 main camera with optical image stabilization plus 4K video recording; and there's also a generous 8-megapixel, f/2.4 wide-angle selfie camera that uses Sony's efficient 1.4μm sensor (the main camera's 1/2.6-inch IMX234 has smaller 1.12µm pixels).

Both imagers can be triggered with the dedicated camera button on the frame, and the new NeoVision 5.1 camera UI seems to be just as intuitive as its predecessor, offering advanced features like touch metering that can be independent of touch focus, as well as independent touch white balance setting, full manual mode (which still reminds us of Lumia Camera), star trail mode, light painting mode, time lapse mode and, of course, the usual set of beautification tools.

As ZTE's premium brand, Nubia charges much more than most of its local rivals for its phones. The off-contract "Classic Edition" Z9 is asking for 3,499 yuan or about $560, whereas the "Elite Edition" Z9 will cost 3,999 yuan or about $645. There will even be a 4,499 yuan or $725 "Premier Edition" if you want that fingerprint reader on the power button (so yes, it's on the mid-frame). There's no date for the top model just yet, but folks in China can already pre-register for the other two ahead of their May 21st launch.

In this article: china, mobilepostcross, nubia, nubia z9, phone, video, z9, zte
All products recommended by Engadget are selected by our editorial team, independent of our parent company. Some of our stories include affiliate links. If you buy something through one of these links, we may earn an affiliate commission.