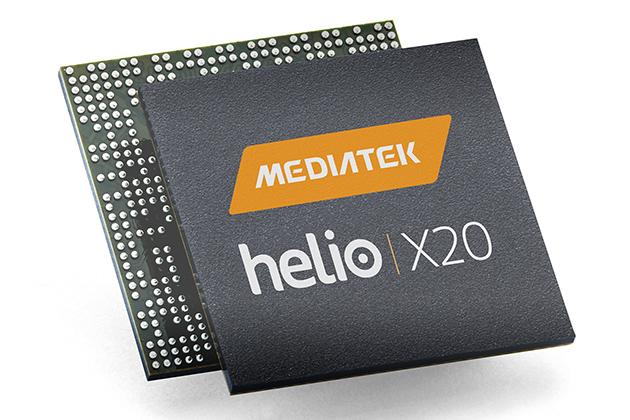 When MediaTek first launched an octa-core mobile processor back in late 2013, many folks -- including Qualcomm -- called it a gimmick, but said feature has since become quite popular amongst device manufacturers, to the point where Qualcomm eventually had to come up with its very own octa-core offerings. Just to stay one step ahead of others, MediaTek is now prepping the launch of a deca-core aka 10-core chip dubbed the Helio X20, which will succeed the octa-core Helio X10 (MT6795) that's already powering HTC's Asia-only One M9+ plus several upcoming Chinese flagship phones. MediaTek is sampling its new chip in Q3, and the first commercial devices to use it will arrive as early as end of this year.

Finbarr Moynihan, MediaTek's General Manager of International Corporate Sales, analogized the addition of a third CPU cluster to having an extra gear in a car, in order to improve its fuel efficiency across different terrains. In other words, there's no longer a sudden jump from the low-power cluster to its high-power counterpart, so you get a better overall curve across the power-performance spectrum. This also allows the low-power cluster to go even lower in terms of power required, and the high-power one to be even more powerful -- hence the use of Cortex-A72 instead of yet more Cortex-A53 cores.

So here comes the classic question: Can all ten cores run simultaneously? Moynihan says while that's allowed, the chip's software will always pick the ideal clusters to handle different threads. For instance, mail apps and simple messaging apps can run on the low-power cluster, whereas casual games and multimedia apps can make do with the middle cluster, thus leaving the high-power cluster to resource-intensive games and other heavy duty apps. Statistically speaking, you won't often see all ten cores operating at the same time.

"I think it's much more likely that it will be a subset of the ten cores but in different configurations, depending on the load that might be on at the same time," the exec added. "In theory, the scheduler can turn on all ten [cores] if necessary; of course, subject to any thermal constraints that the device may have."

Compared to its predecessor, the more premium Helio X20 also benefits from the additional integrated Cortex-M4 hub (for low-power sensors and low-power MP3 playback), dual 12-bit camera processors, improved graphics performance yet lower power requirement on that plus the modem, as well as Carrier Aggregation for the faster Cat 6 LTE -- a feature that Moynihan admitted the Helio X10 often gets criticized for excluding.

"Adding the next-generation modem and the Carrier Aggregation feature specifically, I think, makes this platform relevant on a much more global scale for higher tier and even flagship devices."

Ultimately, we'll need to see how well can the Helio X20 handle its clusters, as well as how efficient the new integrated modem is in real life. The bad news is we won't get to do so until early 2016 the soonest, but the good news is MediaTek and device manufacturers have almost half a year to fine tune the chip's performance, so time will tell.

In this article: 10-core, chip, chipset, deca-core, featured, features, Finbarr Moynihan, FinbarrMoynihan, helio x10, helio x20, heliox10, heliox20, interview, mediatek, mobilepostcross, MT6797, processor, soc
All products recommended by Engadget are selected by our editorial team, independent of our parent company. Some of our stories include affiliate links. If you buy something through one of these links, we may earn an affiliate commission.