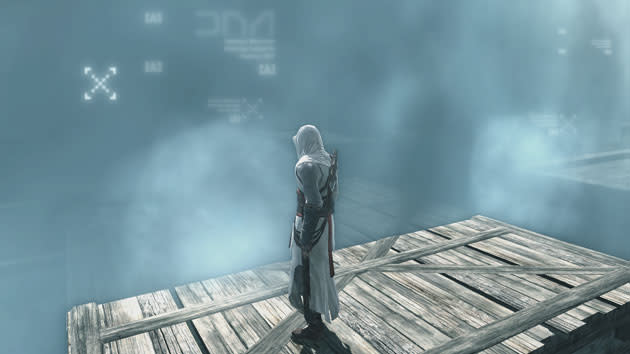 There isn't much of a market for virtual reality games at the moment, but Ubisoft thinks it can help create one. Company chief Yves Guillemot tells investors that Ubi is developing a "certain number" of titles that will take advantage of VR devices once they start reaching stores in 2016. He's not specific about which franchises will get the treatment, but he says that the company is "very bullish about the potential." Supposedly, VR will lead to more immersive gameplay that could "bring more players" to gaming. The big challenge, according to Guillemot, is building games that suit the virtual environment -- it's hard to play a long time with a display strapped to your head.

That future-minded strategy is extending to Ubisoft's console support, too. The studio has confirmed that it's no longer developing PlayStation 3 or Xbox 360 games outside of the Just Dance series. If you want to play Assassin's Creed Syndicate (or any Assassin's Creed game, for that matter), you'll have to do it on a current-generation console or a PC. There's no explicit reasoning behind the move, but it's not entirely surprising that the company would ditch old platforms. Games for legacy hardware cost time and money that might be better spent on newer systems, and they sometimes force developers to limit gameplay and graphics so that titles play well on older gear. This lets Ubisoft focus on making the most out of the PC, PS4 and Xbox One, or at least save cash making ports.

In this article: gaming, ps3, ubisoft, videogames, virtualreality, vr, xbox360
All products recommended by Engadget are selected by our editorial team, independent of our parent company. Some of our stories include affiliate links. If you buy something through one of these links, we may earn an affiliate commission.