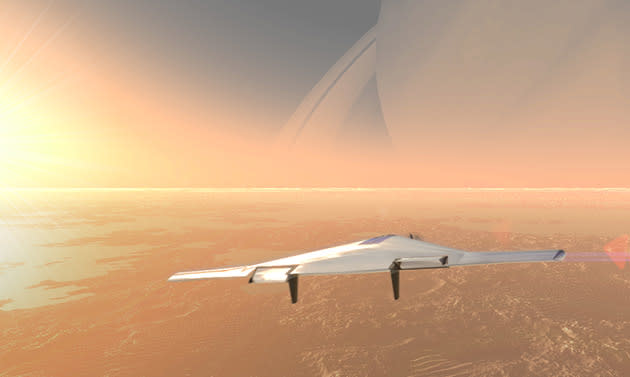 Northrop Grumman has been toying with the idea of sending an inflatable aircraft to Venus since at least 2013 (PDF). Now the company feels it's ready to turn its concept into a real vessel. According to SpaceNews, Northrop Grumman is planning to enter its Venus Atmospheric Maneuverable Platform (VAMP) aircraft into NASA's New Frontiers competition slated to begin on October 1st. The aerospace corp envisions VAMP as a large but light plane, with a 151-foot wingspan and the ability to cruise Venus' skies for up to a full year at an altitude of 34 to 43 miles. It will be able to carry between 44 and 440 pounds of of payload, particularly instruments to gather data from the planet's atmosphere.

Sounds promising, but concepts don't win NASA's New Frontiers competition. During its last run, NASA allowed competitors almost four years to turn their concepts into working prototypes before doing a preliminary design review -- Northrup Grumman's hoping for something similar this round. If it does participate, it'll be facing a number of advanced flight tech hoping to explore not only Venus, but also Jupiter's Io, Saturn and the lunar poles among other destinations.

In this article: nasa, space, vamp, venus
All products recommended by Engadget are selected by our editorial team, independent of our parent company. Some of our stories include affiliate links. If you buy something through one of these links, we may earn an affiliate commission.