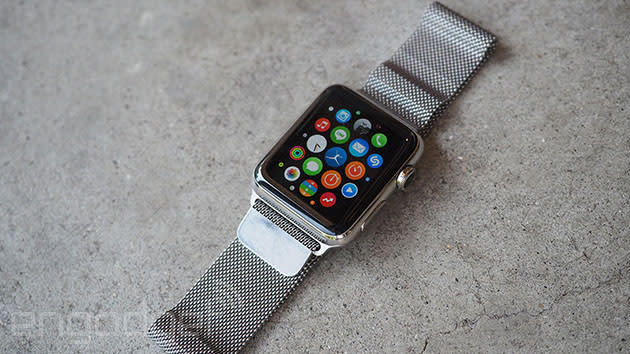 Apple's Activation Lock made the iPhone less desirable to thieves, since they'd also need your Apple password to use it. The Watch is supposed to be similarly unhackable, but the built-in security apparently doesn't work very well, according to a site called iDownloadBlog. It demonstrated that the passcode protection that's supposed to kick in when you take the watch off can easily be bypassed by "force touching" the power-off option, as shown in the video below. That will erase everything sans passcode, letting thieves pair your Watch with another iPhone and make it their own. Since the Watch is currently desirable and hard to get, Apple had better jump on the problem, stat.

Update: The bypass is documented as a feature on Apple's support site, as a way in if you've forgotten the passcode, and don't have the paired iPhone around. While some sort of activation lock seems like a good idea in case of theft, Apple clearly knows this workaround exists, and has opted on the edge of convenience over additional theft protection for now. [Thanks, Glenn Fleishman!]

In this article: activation, apple, apple watch, hard reset, theft, video, Watch
All products recommended by Engadget are selected by our editorial team, independent of our parent company. Some of our stories include affiliate links. If you buy something through one of these links, we may earn an affiliate commission.