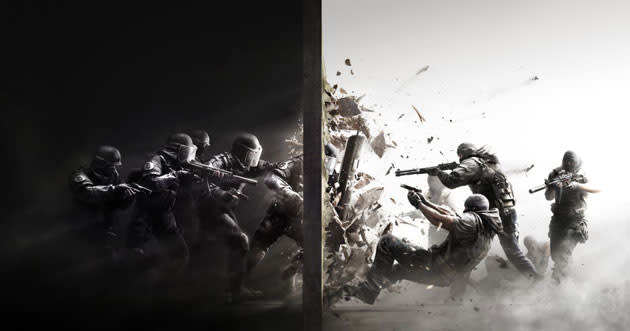 While The Division might not be launching in 2015 (it was pushed back to early 2016), you'll have at least one way to get your Tom Clancy gaming fix this year. Ubisoft has announced that Rainbow Six Siege will ship worldwide on October 13th. The counter-terrorist raid shooter will be available on PC, PS4 and Xbox One, and players who pre-order will have guaranteed access to a closed beta test. It's hard to say if this title will do justice to the original Rainbow Six games it's trying to follow, but you'll know for sure in about five months.

In this article: gaming, pc, ps4, rainbow6, rainbow6siege, rainbowsix, rainbowsixsiege, tomclancy, ubisoft, video, videogames, xboxone
All products recommended by Engadget are selected by our editorial team, independent of our parent company. Some of our stories include affiliate links. If you buy something through one of these links, we may earn an affiliate commission.