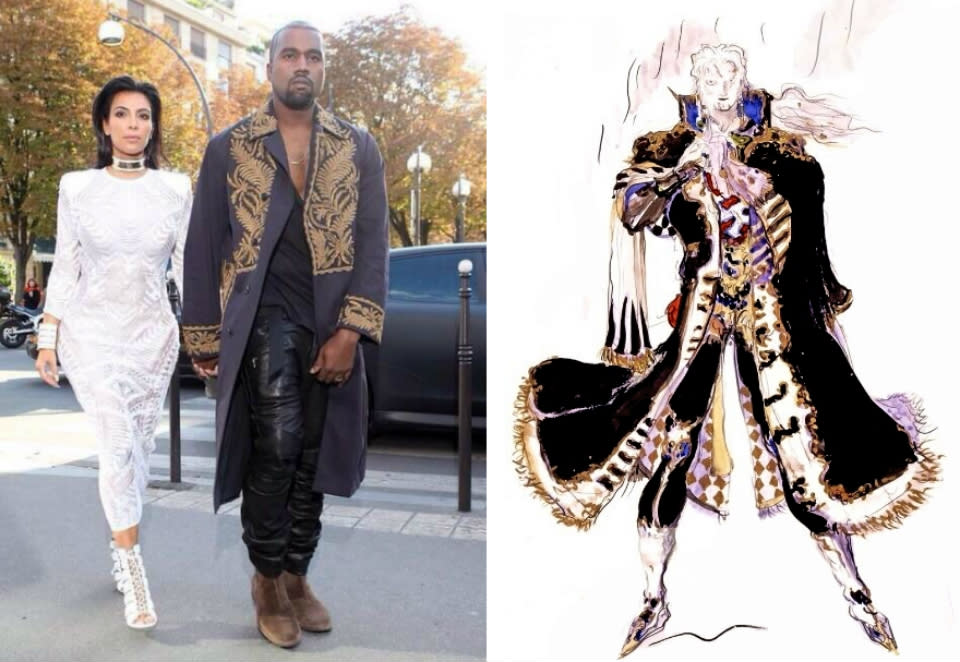 Apparently the Kanye West role-playing game, Kanye Quest 3030, contains an eerie hidden area involving a butterfly and a New Age cult called Ascensionism. We know, it's hard to believe that Kanye has a video game. Anyway, this secret game-within-a-game is weird, but it's certainly not surprising considering that, for years now, Kanye has been dressing like characters from one of the most nonsensical video game franchises of all time, Final Fantasy. We've collected a few of Kanye's standout cosplay attempts in the gallery below. Happy Friday, folks.

In this article: cosplay, culture, design, entertainment, final fantasy, FinalFantasy, hdpostcross, kanye, kanye west, KanyeWest, music, SquareEnix, timeline16gamewear, timeline16techwear
All products recommended by Engadget are selected by our editorial team, independent of our parent company. Some of our stories include affiliate links. If you buy something through one of these links, we may earn an affiliate commission.