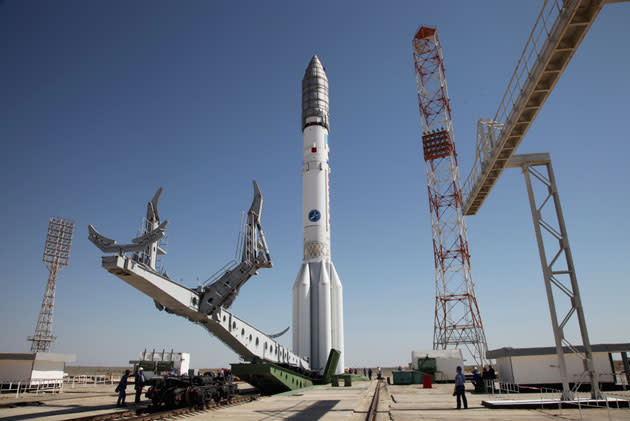 Russia's space program just can't catch a break, it seems. A spokesperson tells RIA that the country has suspended all Proton-M rocket launches following an accident that destroyed one model carrying a Mexican satellite. Officials reportedly want to know why this vehicle failed before they let any others take off -- all they've determined so far is that the third stage's engine booster suffered a glitch. The move is understandable (both Russia and private launch services lean heavily on the Proton-M), but it also suggests that the nation's rocket problems are boiling to a head. Unless it finds a permanent solution, there may well be more incidents in the future.

In this article: accident, FederalSpaceAgency, proton-m, rocket, roscosmos, russia, space, transportation
All products recommended by Engadget are selected by our editorial team, independent of our parent company. Some of our stories include affiliate links. If you buy something through one of these links, we may earn an affiliate commission.