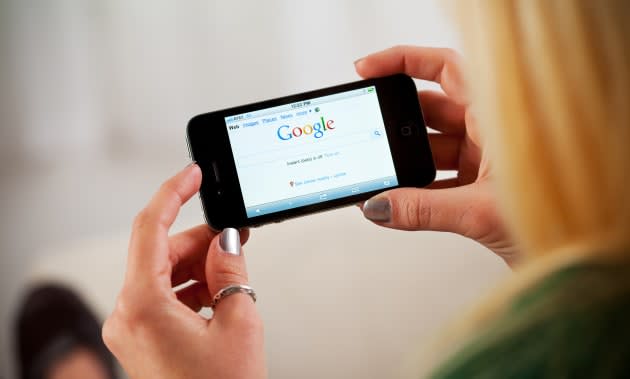 Google's getting ready to face Amazon and eBay, according to The Wall Street Journal, and will be adding buy buttons directly to its search results. You'll see those buttons accompanying sponsored results under a "Shop on Google" heading -- they won't be used for non-sponsored links returned by the algorithm -- when you search for products on mobile devices. Upon clicking one, a separate product page will load where you can pick sizes, colors and ultimately complete your purchase. Any product you buy will still come straight from retailers, the WSJ says, so it doesn't sound like Google's stocking up warehouses with goods like Amazon does.

However, some major retailers are apparently worried that they'll get stuck with back-end order fulfillment with no real customer interaction. Since Google wants to remain in good terms with them (they are some of its largest advertisers, after all), it will give shoppers the choice subscribe to their marketing programs. That typically means mailing lists and the like, so the company's giving them access to customers' info, most likely names and addresses.

In addition, Google promised them that the product landing pages will be heavily branded with their names and will link to more of their products. The company also won't take a cut from their sales and will only get paid for every person that clicks their links. Mountain View will reportedly offer several payment options, "including digital payment methods from other providers," but it (thankfully) won't be giving retailers access to payment details. If you input credit card info to make a purchase, the website will save it for future transactions, but it will remain with the company.

As for why the feature will only be available on mobile, well, Google has a plethora of reasons. The biggest one is most likely the fact that more people now perform searches on their phones than on computers. According to the WSJ, you might spot a buy button or two as soon as the coming weeks. We don't have a list of official partners yet, since Google hasn't officially announced anything, but Macy's might be one of the first retailers available.

In this article: buybutton, e-commerce, google, internet, mobile, mobilepostcross, search, shopping, smartphone
All products recommended by Engadget are selected by our editorial team, independent of our parent company. Some of our stories include affiliate links. If you buy something through one of these links, we may earn an affiliate commission.