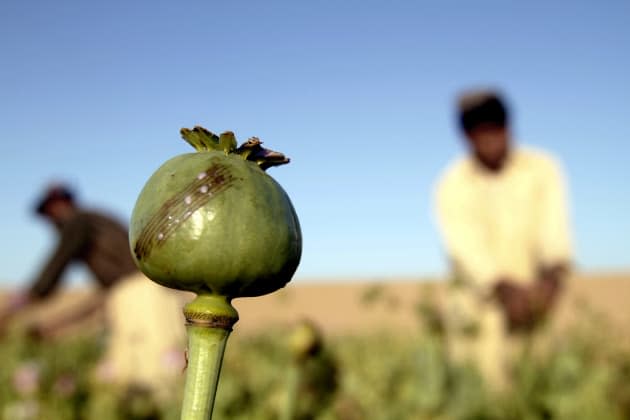 Sugar is basically ubiquitous and it looks like it could be used to make morphine, which is a refined form of heroin. Recent research shows that a genetically modified strain of yeast, when exposed to sugar, could be used to ferment the opioid. Yes, essentially, you could homebrew your own scag. I know what you're thinking: "This sounds like madness." But there's some proof behind it. Researchers from the University of California Berkeley and Concordia University in Canada presented an almost complete means to turn glucose to morphine, while scientists from the University of Calgary supplied the missing piece that completes the process. The idea wasn't to flood the streets with home-made heroin. No, the plan is much more noble than that: to produce "cheaper, less addictive, safer and more-effective" painkillers, according to Nature.

As you might expect, there's quite a bit of controversy surrounding the topic. One side argues that it could be more beneficial for drug cartels than science while the other downplays the risks. As The New York Times reports, getting an opiate out of sugar and brewer's yeast is a lot more difficult than making beer in the basement because fermenting altered yeasts requires a unique knowhow. What's more, the whole process is still pretty far off from the sounds of things; research papers have been published but so far no one's actually synthesized the drug with this method.

To keep everything honest, there are plans in place to add silent markers to the yeast's DNA that'd allow authorities to track exactly where the morphine or heroin originated from. Only allowing screened scientists to work with the yeast in secured labs is another, while outlawing the sharing of the strain is a tertiary option. Both law enforcement and academia agree that at this point the fact that there's a larger discussion happening before it could be a problem is proof that ethics are trumping profit at this point.

In this article: ConcordiaUniversity, drugs, heroin, morphine, narcotics, painkillers, poppies, Poppy, scag, synthetic, UcBerkeley, UniversityOfCalgary, UniversityOfCaliforniaBerkeley
All products recommended by Engadget are selected by our editorial team, independent of our parent company. Some of our stories include affiliate links. If you buy something through one of these links, we may earn an affiliate commission.